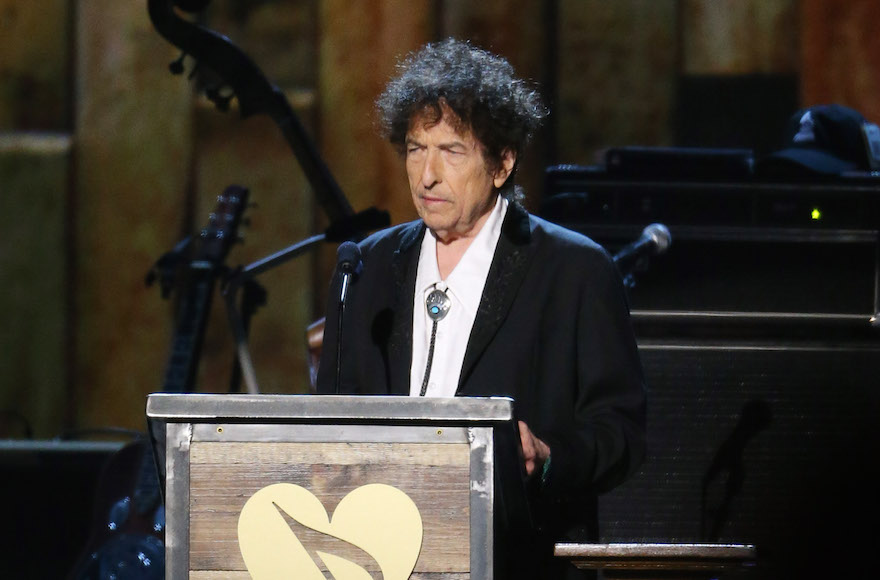 (JTA) — American singer-songwriter Bob Dylan, the winner of the Nobel Prize in Literature, will send a speech to be read aloud at the awards presentation in Stockholm.

The speech does not absolve Dylan of the requirement to deliver a Nobel lecture in order to receive the $927,740 prize. The lecture must be given within six months starting from Dec. 10, and can be given at the place of Dylan’s choosing.

In one of the musical interludes during the awards ceremony, Patti Smith will perform Dylan’s “A Hard Rain’s A-Gonna Fall” in an arrangement for the Royal Philharmonic by Hans Ek.

Last month, Dylan told the Swedish Academy in a letter that he would be unable to travel to Stockholm to receive his Nobel Prize, citing “pre-existing commitments.”

In a statement published last month on its website, the Swedish Academy said “There is a chance that Bob Dylan will be performing in Stockholm next year, possibly in the spring, in which case he will have a perfect opportunity to deliver his lecture.”

Dylan’s prize was announced on Oct. 13 “for having created new poetic expressions within the great American song tradition.” The academy said later that after five days of trying to contact Dylan to inform him of the award, it had given up. He acknowledged the prize two weeks later.

Dylan, 75, is the first artist seen primarily as a songwriter to win the literature award, a fact that has stirred debate in literary circles.