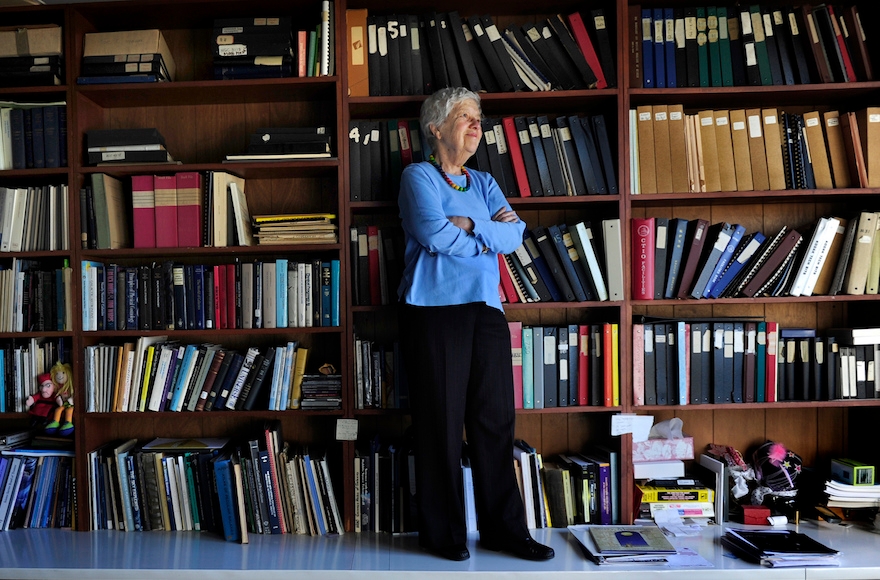 Vera Rubin in her office at the Carnegie Institution of Washington in Washington, D.C., Jan. 14, 2010. (Linda Davidson/The Washington Post via Getty Images).
Advertisement

(JTA) — Vera Rubin, an astronomer whose research helped find evidence of the existence of dark matter, has died.

Rubin died Sunday night in Princeton, New Jersey. She was 88.

Though a perennial favorite for the Nobel Prize in physics, according to National Geographic magazine, Rubin never received the honor. But she did receive numerous other awards and honors, including  a National Medal of Science presented by President Bill Clinton in 1993.

National Geographic called her a “gifted scientist as well as a nurturing mentor and an inspiration to those still working their way up the academic ladder.”

The VosIzNeis website wrote that Rubin told the Catholic EWTN network that “my science and my religion are separate.”

“I’m Jewish, and so religion to me is a kind of moral code and a kind of history,” she said. “I try to do my science in a moral way, and I believe that ideally, science should be looked upon as something that helps us understand our role in the universe.”

According to National Geographic, Rubin in addition to her scientific advances fought hard for the equality of women in astronomy. She had once attempted to enroll in a graduate program in astronomy at Princeton but was told that women were not allowed to join the program.

Rubin also fought for women to be accepted at Washington’s exclusive Cosmos Club.

After earning a bachelor’s degree in astronomy from Vassar College and then being spurned by Princeton, Rubin earned a master’s degree from Cornell and a doctorate from Georgetown. She would go on join the Georgetown faculty and later worked at the Carnegie Institution in Washington, D.C.