(JTA) — If you knew the name Kurt Schlichter before Wednesday, you were likely a reader of Townhall, the conservative news site where he’s a senior columnist. After Wednesday, he may well wind up being better known as the guy who got in a Twitter spat with the Auschwitz Museum.

If you are Jewish and supporting Barack Obama and John Kerry, well, you would have made a fine helper at Auschwitz.

Schlichter’s comment came on the same day that Kerry delivered a lengthy indictment of Israeli settlement policy along with a defense of the U.S. decision not to veto last Friday’s U.N. resolution condemning Israeli settlement building. Both moves were condemned by Israel and many of its supporters abroad for appearing one-sided and ignoring Palestinian obstacles to achieving a two-state solution.

The Auschwitz Museum felt compelled to respond — something it doesn’t do every day.

The tragedy of prisoners of Auschwitz & their complicated moral dilemmas which today we can hardly comprehend should not be instrumentalized https://t.co/lGYSxQ4a54

Schlichter held his ground, preferring to “respectfully” disagree with the institution dedicated to preserving the memory of the millions of Jews murdered during the Holocaust.

Your opinion is important and deserves respectful attention.
However, I disagree, respectfully, with your conclusion here.@AuschwitzMuseum

But that only provoked more response from other Twitter users, both Jewish and non.

seriously? Back down and apologize, you are wrong here. @AuschwitzMuseum

You have a greater grasp of Auschwitz than @AuschwitzMuseum do you? I disagree, disrespectfully, with your conclusion here.

Schlichter, whose Twitter bio reads “Angering leftists by being too pro-Israel for their taste,” devotes a lot of his time to tweeting — and defending himself — on Israel issues.

He’s also not the first conservative to compare liberal Jews to those who assisted the Nazis. President-elect Trump’s pick for ambassador to Israel, David Friedman, wrote back in June, in the pro-settler Israeli news site Arutz Sheva, that supporters of the liberal pro-Israel group J Street are “far worse than kapos – Jews who turned in their fellow Jews in the Nazi death camps.” That analogy drew a rebuke from two Democratic House members of Congress, Re. Jerrold Nadler of New York and Rep. Jim Yardley of Kentucky.

Schlichter fired back at some of his own critics, including Charles Johnson, the founder of the political website Litttle Green Footballs, a formerly conservative site that has tacked to the center in recent years. (The two seem to taunt each other with the sobriquet “Wildman.”)

How does it feel to get called out by the people at the official Auschwitz Memorial, you hate-mongering low-life dirtbag? @KurtSchlichter

Maybe you can write a song about me and debut it at the Common Grounds coffee shop open mic Tuesday. @Green_Footballs

Get around Twitter more. RT @MrQuindazzi You are easily one of the most reprehensible people on Twitter. congrats 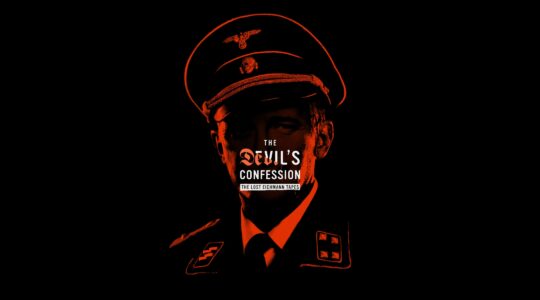