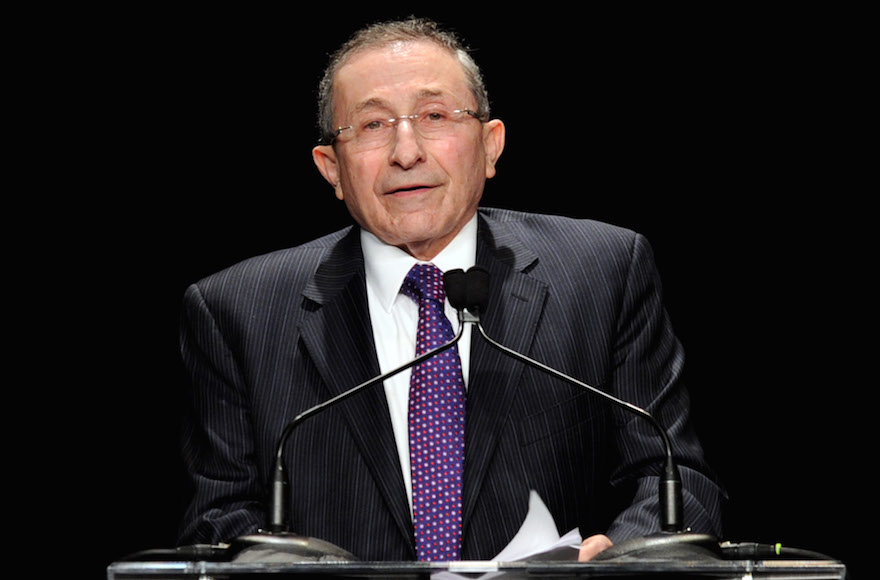 (JTA) — Jared Kushner’s family has donated to an organization headed by the rabbi who is scheduled to deliver a prayer at the inauguration of President-elect Donald Trump.

The Charles and Seryl Kushner Family Foundation has donated $35,000 to the Simon Wiesenthal Center — $25,000 in 2011 and $10,000 in 2012 — the Israeli daily Haaretz reported, citing the foundation’s tax filings. The rabbi, Marvin Hier, is the dean and founder of the Los Angeles center.

Kushner, who is married to Trump’s daughter Ivanka, is the son of Charles and Seryl Kushner. The Kushner family is Jewish, and Ivanka Trump underwent an Orthodox conversion before the couple was married.

The Presidential Inaugural Committee announced last week that Hier will offer readings, recite an original prayer and give Trump and incoming Vice President Mike Pence each a benediction at the Jan. 20 ceremony. He is one of six religious leaders who will participate in the inauguration.

Hier expressed concern about Trump when he was a candidate, but since the announcement of his selection to join the inauguration has said it would be his “honor” to participate and that he will deliver a prayer with a “21st century ring to it.”

He is not the first rabbi connected to the Kushner family who has been invited to participate in a major Trump event, Haaretz noted. In July, Rabbi Haskel Lookstein, who oversaw Ivanka Trump’s conversion, was asked to deliver the invocation at the Republican National Convention. Lookstein backed out after pressure from the modern Orthodox community, of which he is a prominent member.