Record of over 2 million people visited Auschwitz museum in 2016 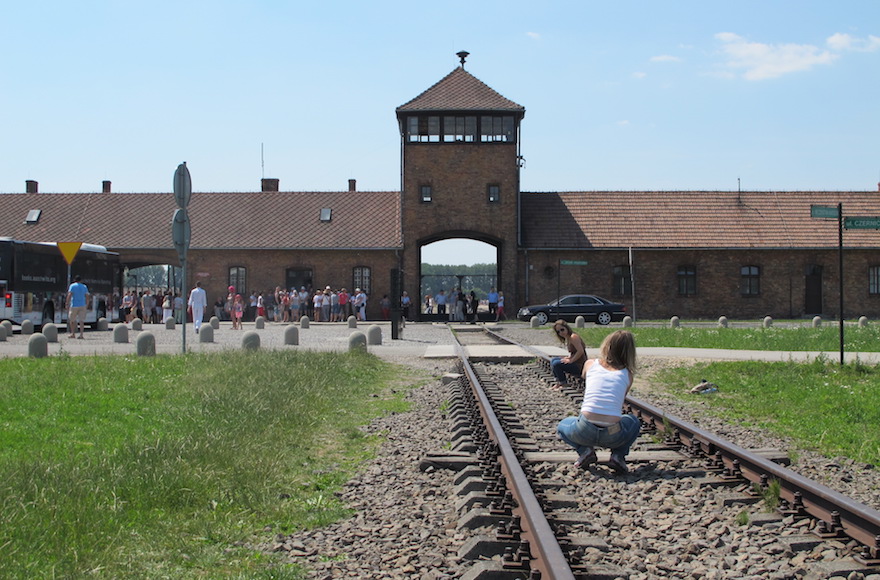 A woman takes a picture of a friend at the looming tower entrance to Birkenau in July 2015. (Ruth Ellen Gruber)
Advertisement

WARSAW, Poland (JTA) – More than 2 million people from around the world visited the Auschwitz museum in 2016, setting a record.

The 2,053,000 visitors to the Auschwitz-Birkenau Memorial and Museum were led by the host country, Poland, with 424,000, the museum said Monday in a statement on its website. The museum this year marks the 70th anniversary of its creation.

The numbers include 61,000 organized tour groups, and individually conducted tours by museum guides for 310,736 people, according to the museum. In addition, some 150 movie crews produced documentaries last year at the museum and memorial.

“In today’s world, torn by conflicts, increased feeling of insecurity and strengthening of populist tones in public discourse, it is necessary to re-listen to the darkest warnings from the past,” museum director Piotr Cywinski said in a statement announcing the 2016 numbers.

Last week, a Polish organization fighting for fathers’ rights compared Auschwitz to the obligation to pay alimony. On its website, the group posted a photo of the entrance gate of the camp, where the sign “Arbeit macht frei,” or “Work makes you free,” was changed to “Work on alimony makes you free.”

The group is demanding the elimination of the obligation to pay maintenance for fathers fighting for custody of their children.

The museum protested on Facebook and asked for the removal of the doctored photo.

“The use and instrumentalization of the tragedy of Auschwitz is sad and inappropriate, and painful for many people, including those who survived the nightmare of Auschwitz,” said the Facebook post.