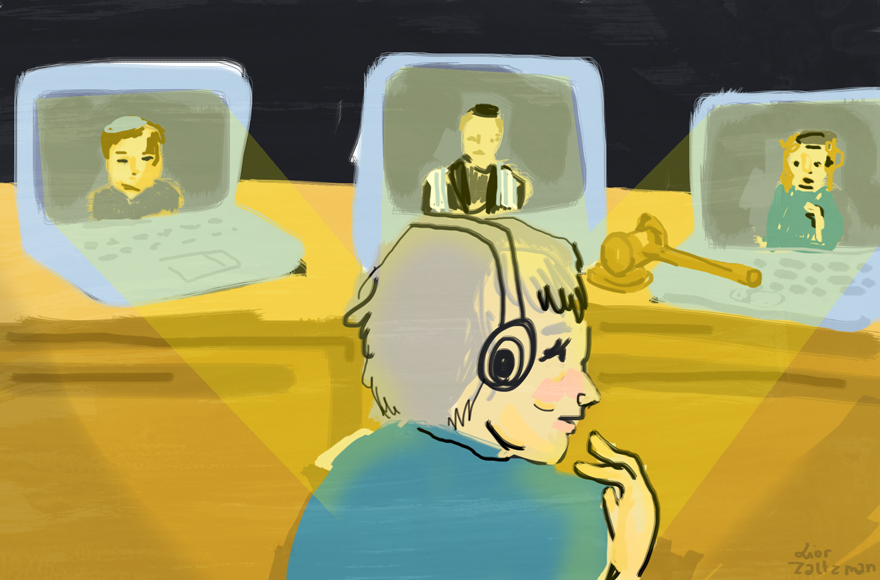 "Online conversion" can help make Judaism more accessible to those in remote locations, but everyone isn't on board. (Lior Zaltzman)
Advertisement

(JTA) — The morning of her conversion, Diana Sewell was so nervous she “was running around like a headless chicken” in her Australia home. Meanwhile, some 9,000 miles away in Georgia, her rabbi was dealing with computer difficulties.

Neither of those things put a stop to Sewell fulfilling a 60-something-year-old dream of converting to Judaism — with a little help from the internet.

After nearly an hourlong online conversation with the beit din, or rabbinical court, whose five members were located across the U.S., the rabbis accepted Sewell’s conversion, contingent upon her going to a local river to immerse herself, the final ritual in the process. 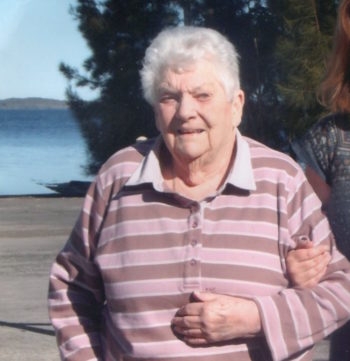 Diana Sewell converted to Judaism with the help of the internet. (Courtesy of Sewell)

Just as online learning is becoming more common in the secular world, it has also emerged as a tool for potential converts to learn about Judaism. Sites offering “online conversion” range from one-person outfits to those affiliated with little-known groups like the Union of Jewish Universalist Communities to the organization behind Sewell’s conversion, Darshan Yeshiva, whose faculty includes rabbis ordained at various liberal seminaries.

But just as with online degrees, suspicion surrounds conversions relying on long-distance learning.

“The term online conversion is not a neutral one — it is extremely polemical,” said Rabbi Juan Mejia, who has helped several communities in Latin America convert to Judaism through a process that relies in large part on online learning. “It is something that the Jewish community is just discovering, and for the most part it has quite a big stigma attached.”

Mejia, however, was quick to clarify that he performs only “online training for conversions,” meaning that he always performs the actual conversion ceremony in person.

The traditional process for converting to Judaism varies by denomination but typically includes counseling with a rabbi, taking classes at a local synagogue or other Jewish institution, undergoing circumcision for males, being interviewed by a beit din, immersing in a ritual bath, or mikvah, and adopting a Hebrew name.

Sewell’s conversion, which was conducted entirely online with the final ceremony taking place last September, was a first for her rabbi, Rachael Bregman, who leads the Reform Temple Beth Tefilloh in Brunswick, Georgia. Sewell spent seven months taking classes through Darshan Yeshiva — an online platform providing long-distance learning about Judaism, including for the purpose of conversion — as well as speaking with Bregman every two weeks. 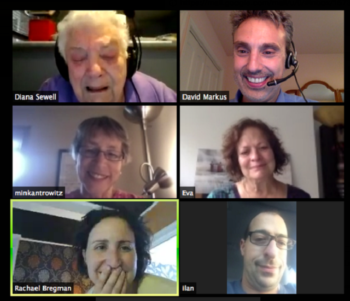 Sewell’s age and mobility challenges made it hard for her to travel to her conversion rabbi, as is the norm for Darshan Yeshiva. So Bregman convened the beit din — five rabbis rather than the traditional three because so many rabbis expressed interest in helping out — on the internet.

The event was life changing for Sewell, who did not think her longtime desire to become Jewish could become reality because the small Jewish community to which she belongs does not have a rabbi.

“I wanted to be Jewish, but I wasn’t — I couldn’t be,” she said of her situation prior to learning about Darshan Yeshiva’s conversion program.

Raised Episcopalian, Sewell first became interested in Judaism at age 12 after having Shabbat dinner at a friend’s house. She started attending synagogue at 18, and when she visited Israel in 1978, she felt as if she had “come home from a long journey.”

Upon returning from the trip, Sewell looked into converting at an Orthodox synagogue in Sydney — where she was living at the time — but found its traditional approach to Judaism “too restrictive.” When she moved to the town of Nowra, which is located on Australia’s southeastern coast, her longtime dream seemed to fade because its Jewish community did not have a rabbi.

Sewell’s conversion was “a very unique case” for Darshan Yeshiva, said Sara Stirne, the director of administration and student experience. Stirne said she was not aware of any other conversions at Darshan Yeshiva in which the ritual elements of the ceremony were conducted entirely online.

The yeshiva, which first started offering its conversion program in 2014, grew out of Punk Torah, an Atlanta-based online community for unaffiliated Jews. 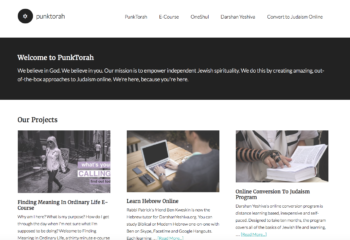 “We don’t offer online conversion — we really try not to use that terminology,” Stirne told JTA. However, Punk Torah on its website lists Darshan Yeshiva as providing “Online Conversion to Judaism.”

The yeshiva offers three tracks for conversion, the cost of which ranges from $800 to $2,200. While learning is done via the internet, students are expected to travel to the converting rabbi for the official ceremony, Stirne said.

“I don’t believe there is really such a thing as online conversion, at least not when it’s in accordance with halachic [Jewish legal] standards,” Stirne said. “But we do use online distance learning to provide the education component of conversion to students, and then connect them with rabbis and mentors for the purposes of conducting and completing conversion to Judaism.”

Though Bregman sees conducting conversions online as “not the ideal,” she said she was open to performing additional ones.

The majority of Reform rabbis are not as open to performing online conversions, but the movement does not have an official stance on the matter, said Rabbi Hara Person, director of strategic communications for the Reform movement’s Central Conference of American Rabbis.

Most CCAR rabbis believe that “the connection to a rabbi and the connection to a community is really important in the [conversion] process because the idea is that you can’t be a Jew on your own, that being a Jew means being part of a community, so I think there’s a concern among our rabbis about people who do the conversion process only online,” Person told JTA.

Nevertheless, Person added, some rabbis affiliated with the Reform rabbinical group are using distance learning to help meet the needs of Jews who for geographic reasons are not able to attend classes about Judaism.

Bregman believes resistance to online conversions stems from a reluctance toward change. 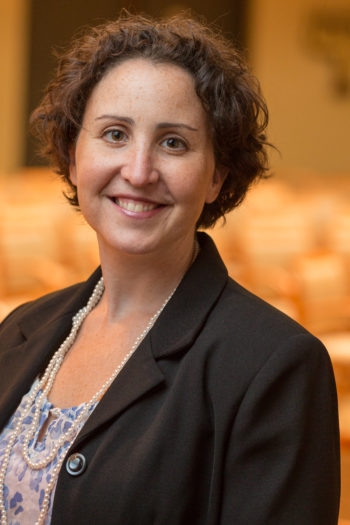 “I think that there’s a lot of hesitancy around much of the new technology and new tools that are emerging and that have been emerging over the last five to 10 years, like Darshan Yeshiva, like an online conversion,” she said. “These are entities which challenge the status quo, and the status quo doesn’t usually like to be challenged.”

Mejia, who received rabbinic ordination from the Conservative movement’s Jewish Theological Seminary of America, is also aware of this hesitancy and says it motivates him to be stringent with potential converts. Many find him through Kol Tuv Sefarad, his online resource for descendants of Sephardic Jews who are interesting in exploring, and sometimes reclaiming, their Jewish roots.

“I’m extremely draconian in that because I know how poorly regarded this phenomenon of long-distance learning for conversion is in the Jewish world,” he told JTA, explaining that his candidates for conversion must study with him for about 100 classes of about 1 to 1 1/2 hours each.

The reason some are hesitant to accept conversions that incorporate online elements can be traced back to Jewish laws meant to ensure that potential converts were sincere in their desire to embrace Judaism, said Sylvia Fishman, a professor of Judaic studies at Brandeis University who has published a book about conversion.

“I don’t think it’s possible to really come to an understanding of a human being and why they want to do this and how they envision their lives afterwards unless you spend some time with them,” she told JTA. “I think that’s why rabbis have distanced themselves from online conversion.”

Fishman said conversions incorporating online elements are “better than nothing,” but that in addition to not getting to know their rabbi in person, those relying on distance learning may also miss out on becoming involved in a Jewish community as part of their conversion process.

Meanwhile, Sewell said her life has completely changed since her conversion.

“I’m just so [much] more at peace with myself and more content in life generally,” she said. “I never expected it to happen at all, and I’m just so grateful for it, I thank God every day for the conversion.”