Palermo, Sicily, to get first synagogue in 500 years 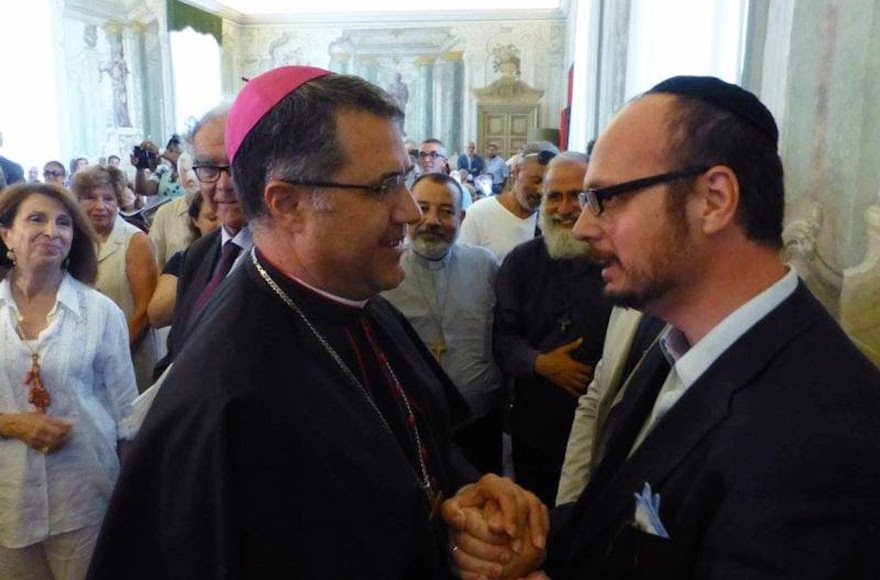 (JTA) – The Roman Catholic Church in Palermo is ceding to Jewish ownership the use of part of a church and monastery complex built atop the ruins of a medieval synagogue.

The move is being viewed as a gesture of reconciliation more than 500 years after the expulsion of Jews from Sicily.

The church will finance renovations in the space to create a new synagogue and Jewish heritage center for the several dozen Jews who now live in the city.

The donated space is the Oratory of Santa Maria del Sabato, in the lower part of the building under the church complex of San Nicola da Tolentino, Rabbi Pierpaolo Pinhas Punturello told JTA.

Punturello is the emissary to Sicily of Shavei Israel, an organization that focuses on outreach to Jews who have lost connection to their Jewish roots and identity, including “bnei anusim,” or the descendants of Jews forced to convert to Catholicism under Spanish rule. Based in Israel, he serves as Palermo’s rabbi, traveling once a month to the city.

The handover will take place during a conference on Jan. 12 — the anniversary of the expulsion of Jews from Sicily by Spanish rulers in 1493. Shavei Israel’s founder and chair, Michael Freund, who played a key role in arranging the donation of the space, will be among the conference speakers.

Palermo’s archbishop, Corrado Lorefice, is transferring ownership of the space under the terms of the Italian “comodato d’uso gratuito,” an arrangement comparable to a free leasehold. There is no formal Jewish community in Palermo; the owners of the space will be a local cultural and educational organization, the Sicilian Institute of Jewish Studies-the Istituto Siciliano di Studi Ebraici, or ISSE, which is affiliated with Shavei Israel.

Punturello, who serves on the board of the ISSE, said Shavei Israel, which works in partnership with the Jewish umbrella Union of Italian Jewish Communities, or UCEI, and the Jewish community in Naples, will mainly be responsible for the new center’s operations, in large part due to his roles as Palermo’s rabbi and Shavei Israel emissary.