Across the US, 16 JCCs get bomb threats in a single day 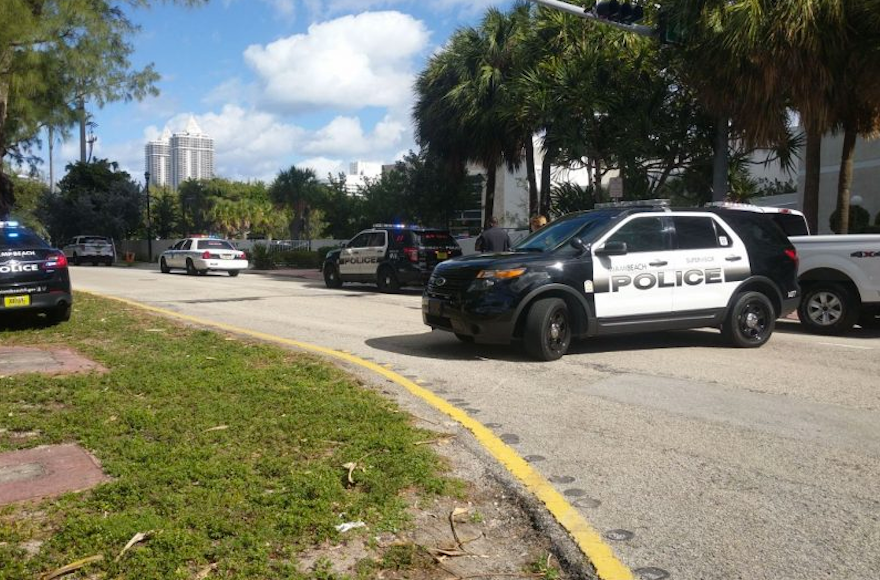 Police outside a Jewish Community Center in Miami Beach. (Screenshot from Twitter)
Advertisement

WASHINGTON (JTA) — Bomb threats were called in to at least 16 Jewish community centers and other institutions in seven states on Monday.

The calls were prerecorded in some cases and live in others, with the caller using voice disguising technology, and likely came from a single source, said Paul Goldenberg, the director of Secure Community Network, the group affiliated with the Jewish Federations of North America that coordinates security for the Jewish community.

The states were spread across the South and the Northeast. Only some of the JCCs were evacuated. As of 4:30 p.m. Monday, most of the JCCs resumed regular operations, according to a statement by the JCC Association of North America.

All the alerts were false, Goldenberg said, and designed to produce maximum disruption.

“In the Northeast it’s 20 degrees outside and these individuals are doing everything they can to disrupt who we are and what we do,” Goldenberg told JTA.

He did not name the states or JCCs, but various media have reported bomb threats in Florida, Maryland, Tennessee, South Carolina and New Jersey.

Hundreds of people reportedly were evacuated from the buildings, several of which house preschools and senior adult programs during the day. Goldenberg said evacuations depended not on the urgency of the situation but the practices of local authorities — some counsel immediate exits, others do not.

Among the affected sites were the Kaplen JCC on the Palisades in Tenafly in northeast New Jersey, which evacuated the entire building, including a preschool, senior center and adult day care facility for people with disabilities, local media reported. In South Florida, the Miami Beach Jewish Community Center and Alper JCC in southwest Miami-Dade also were evacuated in the morning.

Other sites that were threatened included the Siegel JCC, north of Wilmington, Delaware; the preschools at the Tampa JCC and the Tampa Jewish Federation in central Florida; and the Jewish Community Alliance in Jacksonville, in northern Florida. All the facilities were searched and given the all-clear by authorities.

“If they’re taking the time to call, if it’s a live person, the concern rises,” he said.

He also recommended studying a 15-minute video that SCN has posted on its website outlining what to do in case of a bomb threat. Golden berg said SCN in the next few days would organize, through the JCC Association of North America, a conference call reviewing possible threats.

The JCC Association of North America applauded its staff and thanked law enforcement in a statement released late Monday afternoon.

“We are proud of our JCCs and grateful for their professional staff, who in the face of threatened violence today, responded quickly, calmly and professionally by implementing well-practiced evacuation procedures and ensuring that no one was harmed,” said David Posner, director of strategic performance.

The Anti-Defamation League said it was “deeply concerned” about the reports in a statement released late Monday afternoon.

“Unfortunately, such threats are not new to the Jewish community,” said National Director Jonathan Greenblatt. “While each of these threats must be taken seriously, and excellent preparation is key to a good response, bomb threats are most often not credible and are usually used as scare tactics in order to disrupt an institution’s operations, and to cause fear and panic.”

In London, bomb threats were called in Monday to three Jewish schools, the Jewish Chronicle reported.

Searches of the schools did not turn up any explosives, and other schools in the area were placed on lockdown until the searches were completed. Copycat calls reportedly also were made to several non-Jewish schools.

Bomb threats were called into two Jewish institutions in the Orlando, Florida, area on Jan. 5.

There has been an increase in the United States in reports of threats and vandalism on Jewish property in the wake of the presidential election. President-elect Donald Trump, who was reluctant to denounce support during the campaign from white supremacists and anti-Semites, has since repudiated racists who say they feel emboldened by his victory, as well as ultranationalist successes in Europe.