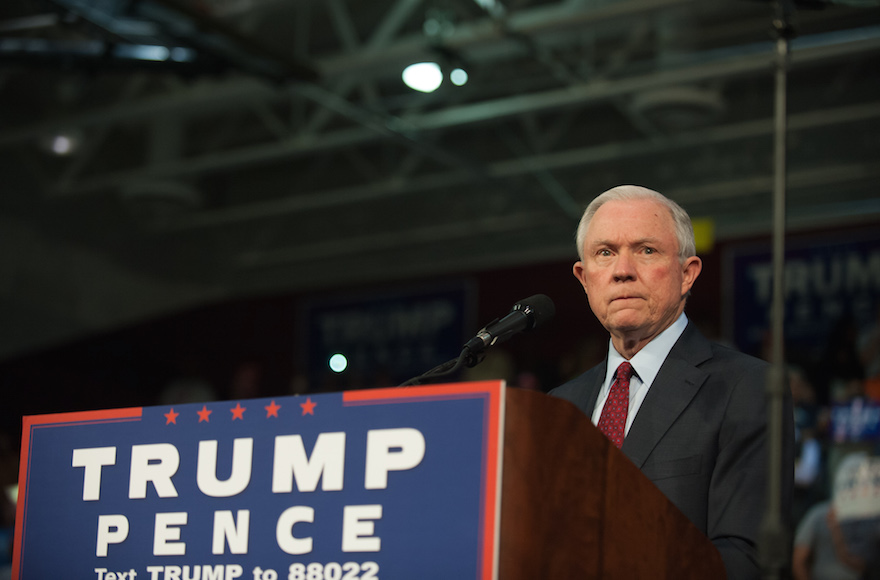 “As the nation’s top law enforcement officer, Senator Sessions would be responsible for enforcing key civil rights laws that he has demonstrated hostility toward over more than 30 years in public life,” said a statement by Rabbi Jonah Pesner, the director of the Religious Action Center, who said he was speaking on behalf of all the movement’s arms.

“On issues of vital importance to the Reform Movement, including voting rights, women’s rights, LGBT equality and immigration, Senator Sessions has a voting record and a history of statements that raise alarm,” he said.

The statement specifically cited Sessions’ repeated objections to the Voting Rights Act, which was passed in 1965 with significant support from the Reform movement. The act required states and regions that had systematically repressed black voting before its passage to seek Justice Department review before making any substantial changes.

In 2013, in a decision Sessions praised and which the Reform movement opposed, the Supreme Court removed the restrictions requiring prior review, saying they were outdated. The federal government may still, under the act, sue states for discriminatory practices, but now must do so after the fact. The Reform movement has focused in recent years on a campaign to reintroduce a mechanism that would allow for prior review.

The Reform statement listed other concerns, including allegations that Sessions made racially charged statements when he was a U.S. attorney early in his career, and his opposition to abortion rights, to the reenactment of the Violence against Women Act and to laws that increase penalties for crimes driven by bigotry. It also noted his support for stiffening laws that restrict immigration.

In his testimony as Senate hearings commenced Tuesday, Sessions, the first senator to endorse President-elect Donald Trump during the primaries, addressed some of these concerns. Sessions said that he saw the 1973 Supreme Court ruling protecting abortion rights as law and other rulings protecting same-sex marriage as the “law of the land.” He also denied racially charged comments attributed to him.

A number of other liberal groups, including Bend the Arc, the National Council of Jewish Women and Jewish Women International, had previously declared their opposition to the Sessions nomination.

The three groups and a number of regional NCJW chapters joined a letter Monday to members of the Senate Judiciary Committee urging members not to confirm Sessions. The letter, initiated by The Leadership Conference on Civil and Human Rights, accrued signatures from 650 national and local groups.