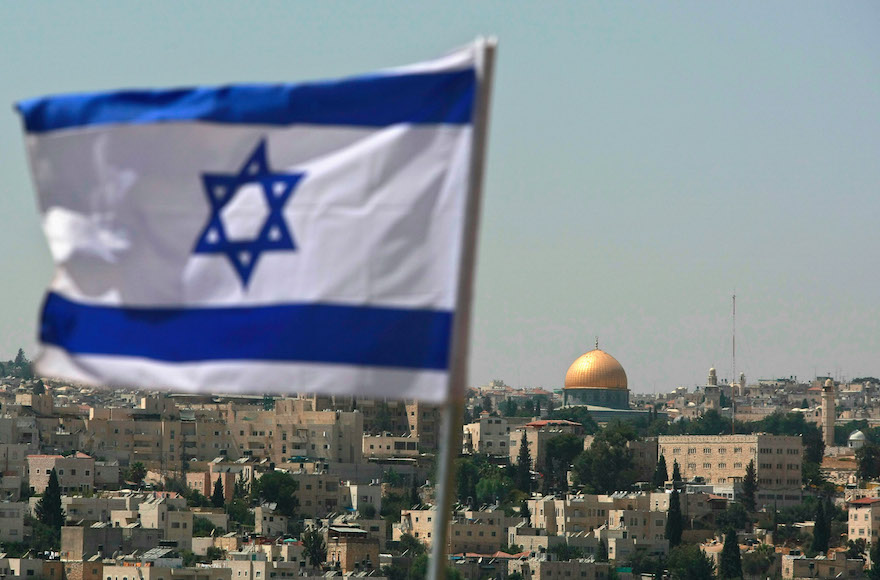 NEW YORK (JTA) — The difference between the proportion of Republicans and Democrats who sympathize with Israel over the Palestinians is the largest it has been in surveys dating to 1978, according to a new report.

While 74 percent of Republicans sympathize more with Israel than the Palestinians, the number is 33 percent for Democrats, according to a Pew Research Center survey conducted Jan. 4-9 and published Thursday.

Eleven percent of Republicans sympathize with the Palestinians over Israel, and 15 percent sympathize with neither, both sides or did not express a view. Among Democrats, those numbers were 31 percent and 35 percent, respectively.

A majority of Democrats, 60 percent, said there is a way for Israel and a Palestinian state to coexist peacefully, while less than half of Republicans, 44 percent, believed that to be possible, the new Pew survey found. 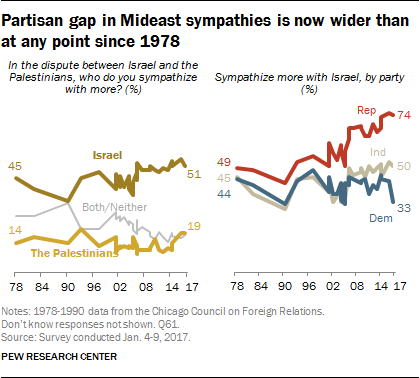