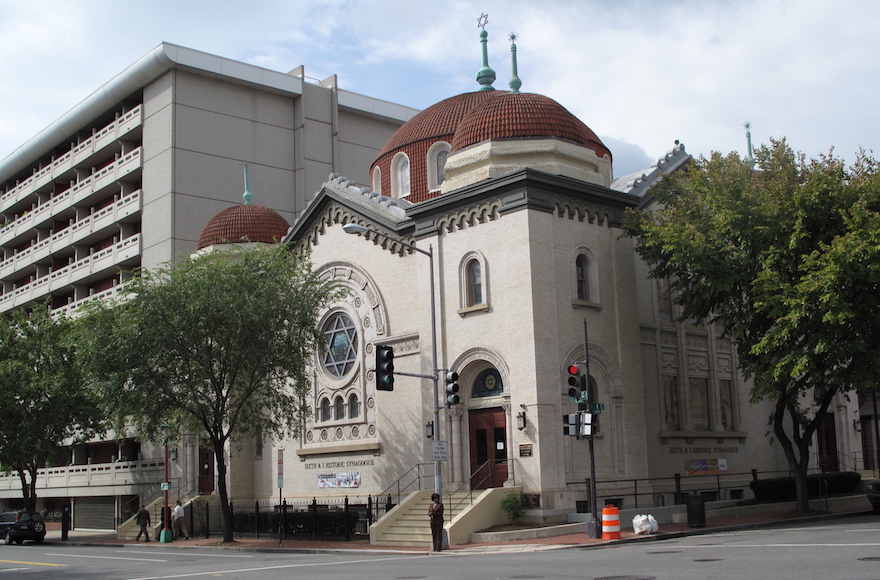 Sixth and I, a non-denominational synagogue, has planned a Shabbat of programming around the Women's March on Washington, including meals, lectures, meditation and yoga. (Courtesy of Sixth and I)
Advertisement

(JTA) — On Friday, the United States will inaugurate a new president and usher in an era of new policies and rhetoric. But at the Sixth and I synagogue in Washington, D.C., eyes are on the day after, when some 200,000 marchers will gather to reassert support for policies they think will be threatened under President Donald Trump.

The synagogue, named for the intersection where it has stood for more than a century, is hosting a Shabbat of programming surrounding the Women’s March on Washington. The march will set out from downtown D.C. on Saturday morning and advocate for women and minorities, including support for reproductive and civil rights, environmental regulation, and protections for immigrants and the LGBT community. 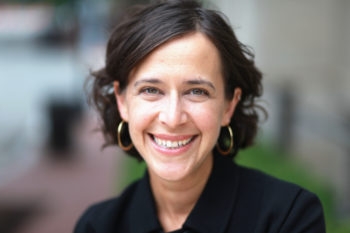 Sixth and I’s Rabbi Shira Stutman says her synagogue supports the march’s advocacy of women’s and minority rights. (Courtesy of Sixth and I)

“We assumed that most of the Jews would be coming in for the march and not for the inauguration itself, so we wanted to have a space, especially for Shabbat itself, that was open to everybody,” said Sixth and I Rabbi Shira Stutman. (Nationwide, 74 percent Jews voted for Hillary Clinton; in the District of Columbia, more than 90 percent of residents chose Clinton over Trump.)

The march’s agenda, Stutman said, “felt like values that were important to us.”

Washington synagogues are split on how to approach a fraught weekend that will move from a moment of triumph for Trump supporters to a show of numerical strength from his opponents. Some, like Sixth and I, are embracing the march and integrating their Sabbath activities with it. Others hope to carry on as usual and remain out of the fray. None of the city’s major synagogues will be celebrating or commemorating Trump’s inauguration itself with special programming.

“It’s going to be a very intense week,” said Rabbi Gil Steinlauf of the Conservative Adas Israel Congregation, which will not be participating in the march. “Just the act of being together, [congregants] knowing they have their Jewish community together taking care of them, that’s all we’re going to do.”

Synagogues and their rabbis have been grappling with the question of how to respond to Trump since the beginning of the presidential campaign. A group of rabbis protested Trump at the annual policy conference of the American Israel Public Affairs Committee in March, citing his remarks and policies targeting Muslims, Mexicans and others. Before the High Holidays in September, rabbis in swing states told JTA that they planned to avoid discussing politics from the pulpit.

Trump, for his part, says clergy should have more latitude to express political views. He has proposed repealing a law that prohibits religious institutions from endorsing or opposing candidates.

Stutman said Sixth and I is planning activities around the march not as a stand against Trump but because it supports the marchers’ goals. Along with Jews United for Justice and T’ruah, a rabbis’ human rights group, the nondenominational synagogue will host meals, as well as a program of reflection and song before the march begins Saturday morning. In the afternoon it will offer meditation, yoga and lectures on women’s rights and social justice.

More than 800 people are slated to attend the morning program.

“That is our opportunity to have a moment of quiet during what is going to be a very emotionally intense weekend,” Stutman said. “I recognize for many, if not most people, this is also a protest march, but what Sixth and I is signing on to is not the protest but instead the possibility of standing with other Americans.”

The area’s Reform synagogues are also organizing around Jewish marchers. Congregations and groups will co-host a morning prayer service before the march near its starting point with worship tailored to its themes. Readings are slated to include quotes from the Rev. Martin Luther King Jr. and Rabbi Abraham Joshua Heschel, while attendees will sing folk songs such as “This Land Is Your Land” and “If I Had a Hammer.”

“It is important to us to give Reform Jews the opportunity to observe Shabbat” at the march, said Rabbi Amy Schwartzman of Temple Rodef Shalom in the Washington suburb of Falls Church, Virginia, who is one of the service’s organizers. “The intersection of Judaism, Shabbat and social justice — that’s where we’re headed.” 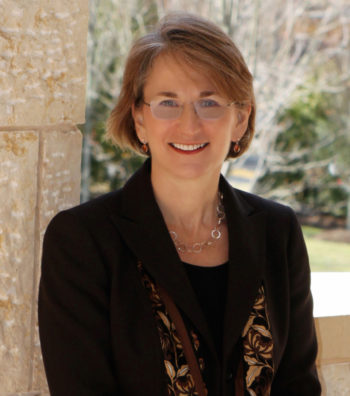 Rabbi Amy Schwartzman of the Reform Temple Rodef Shalom in a Washington suburb of Virginia will be co-leading a prayer service before the women’s march. (Courtesy of Schwartzman)

Rodef Shalom is not endorsing the march as a synagogue, though its women’s association will be chartering a bus there and Schwartzman’s family will be participating. Schwartzman also intends to address Trump’s inauguration in a sermon Friday night, but she said Reform congregations need to be careful to distinguish between Jewish values and liberal politics.

“I’m very worried about how Jewish values are going to be compromised in the new administration,” she said. “I want him to know about our commitment to social justice, whether it’s refugees, immigrants, hunger, poverty, LGBT, the long history we have with civil rights as a movement.”

Adas Israel also is not endorsing the march, but it is hosting a Friday night dinner for out-of-towners in the city for the weekend’s events. Kesher Israel, an Orthodox synagogue, is having a Shabbat dinner for guests, too, while not commenting on the march or the inauguration. The Orthodox Ohev Sholom-The National Synagogue will be holding services as usual. (Its rabbi, Shmuel Hertzfeld, staged a one-man protest of Trump during the AIPAC conference.)

Adas Israel’s Steinlauf was one of 58 Washington-area rabbis to sign a letter last week urging Trump to “revisit your campaign rhetoric and the hate crimes it may have unleashed.” Steinlauf said he may join the women’s march after Saturday morning services. But he also said his congregation must refrain from political statements so it remains welcoming to all comers.

“As a major congregation in Washington, D.C., we understand we will be playing a central role locally and nationally in terms of moral leadership during this administration,” Steinlauf said.

“But we also understand that this is Washington, D.C. We’re not going to be checking people’s political affiliations before they walk in the door.”