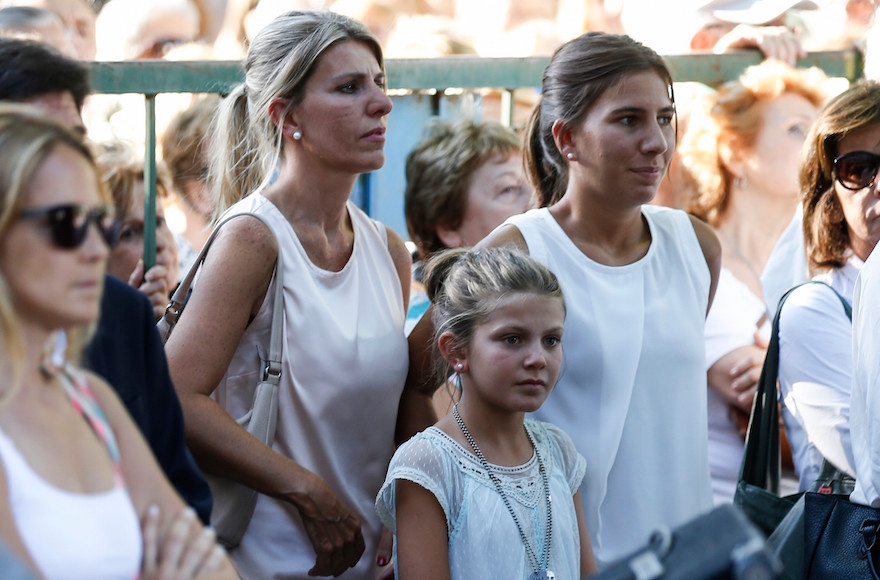 (JTA) — Pope Francis told the former wife of the late Argentine special prosecutor Alberto Nisman that he prays for Nisman’s memory and their two daughters.

Sandra Arroyo Salgado, a federal judge in Argentina, asked the pope during their brief audience Wednesday at a hall near the Vatican to “keep praying to find the truth” of Nisman’s still-mysterious death. Salgado told Argentine radio La Red that the meeting she and her daughters had with the pope was “touching and repairing.”

It was the first time that Francis, a native of Argentina, had contact with relatives of Nisman since the Jewish prosecutor was found shot dead in his Buenos Aires apartment on Jan. 18, 2015, hours before he was to present evidence to Argentine lawmakers that then-President Cristina Fernandez de Kirchner covered up Iran’s role in the 1994 AMIA Jewish center bombing. The attack killed 85 and wounded hundreds.

In 2005, Francis — then Jorge Bergoglio, a Jesuit archbishop — was the first public personality to sign a petition for justice in the AMIA bombing case, which officially remains unsolved.

Salgado and daughters Iara and Kala will travel from Rome to Israel, where they are scheduled to attend academic programs in Nisman’s memory at Hebrew University in Jerusalem. They also reportedly are scheduled to meet with President Reuven Rivlin, Jerusalem Mayor Nir Barkat and a chief rabbi.

The trip was organized by Argentine Jewish radio, Radio Jai.

“It’s a necessary trip for my  daughters, so they can hear  the  acknowledgments of their  father’s work as investigator of the AMIA terrorist attack and also the shock caused by his death,” Salgado said prior to the trip.

On Feb. 2, they will plant trees with Keren Kayemeth L’Israel, which will kick off the building of a tribute monument to Nisman.