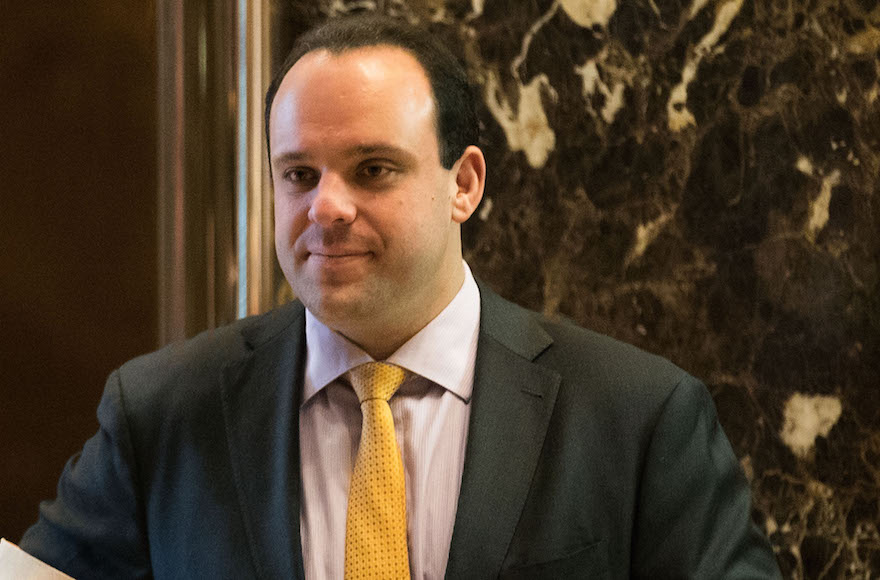 (JTA) — The White House statement for International Holocaust Remembrance Day that has generated controversy for omitting Jews reportedly was written by a Jewish aide to President Donald Trump.

Boris Epshteyn, a special assistant to the president, crafted the statement, the political news website Politico reported Monday evening, citing an unnamed source “with knowledge of the situation.”

Epshteyn, a former Republican political strategist, immigrated to the United States from his native Moscow in 1993 at 11.

On Monday, White House press secretary Sean Spicer told reporters at the daily briefing, “The statement was written with the help of an individual who is both Jewish and the descendant of Holocaust survivors.” Asked if it was Jared Kushner, Trump’s son-in-law and a leading adviser, Spicer refused to say.

Spicer also said that complaints, including from major U.S. Jewish groups, about the omission of Jews from the statement issued Friday were “pathetic” and “disappointing.”

“The president went out of his way to recognize the Holocaust and the suffering that went through it, and to make sure America never forgets the people that were affected by it and the loss of life,” Spicer said.

Since the United Nations launched the remembrance day in 2005, marking the anniversary of the liberation of Auschwitz in 1945, Presidents George W. Bush and Barack Obama have noted in their statements that the principal aim of the Holocaust was the genocide of the Jews.

Jewish critics have said that omitting Jews from Holocaust commemoration statements, wittingly or not, plays into the agenda of groups that seek to diminish the Nazi genocide of the Jews.

Since the controversy erupted, Trump administration spokesmen, including his chief of staff, Reince Priebus, have doubled down on the argument that it is better not to single out Jews in order to be “inclusive.”