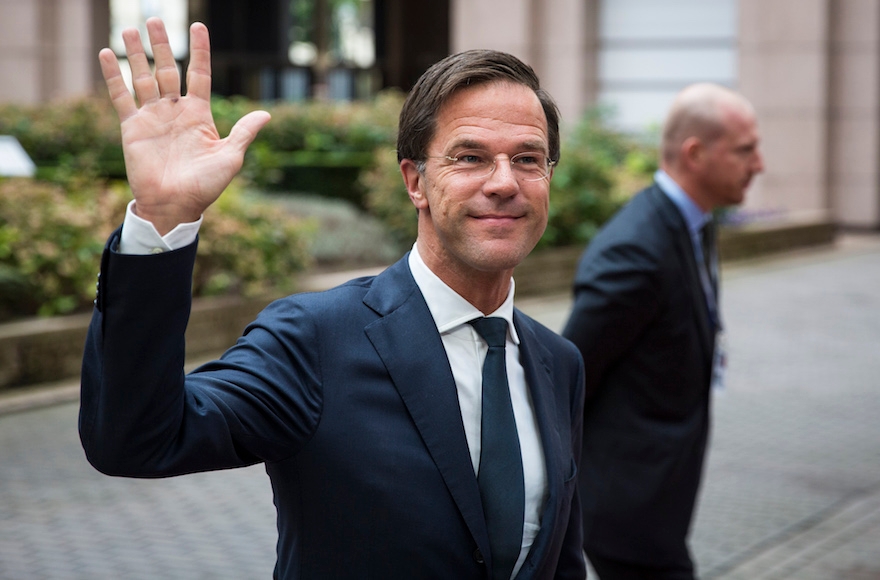 AMSTERDAM (JTA) – The Dutch government allocated more than $8.5 million to the ongoing establishment of a Holocaust museum in Amsterdam and a commemorative wall for victims.

The Cabinet of Prime Minister Mark Rutte last week announced the funding — one of the largest expenditures ever undertaken in the Netherlands on Holocaust commemoration — of the museum of approximately $6 million and the remaining $2.5 million or so for a wall bearing the names of more than 100,000 Dutch Jews murdered in the Holocaust.

The museum opened last year thanks to a fundraising campaign led by the Jewish Cultural Quarter – a platform representing several institutions. Featuring artworks and videos, it was opened while in development with an eye toward expanding its modest display into an institution on par with some of Europe’s more established museums commemorating the genocide.

Most of the Netherlands’ Jews lived in Amsterdam, which already has several low-key monuments commemorating them. A decade ago, Jewish community activists began pushing for a more noticeable monument, which after some debate was set to be erected in the former Jewish quarter, near the Holocaust museum. The city approved the project, which is estimated to cost nearly $7 million in total, last year.

Architect Daniel Libeskind designed the Memorial of Names, which features a multifaceted black marble wall with underground lighting, onto which names of known victims are to be engraved. It is scheduled to be unveiled next year.

“The murder of 102,000 Dutch Jews, Roma and Sinti is hard to grasp,” State Secretary for Health, Welfare and Sport Martin van Rijn said in a statement about the funding for the two projects. “It therefore remains forever our duty to remember and commemorate them.”