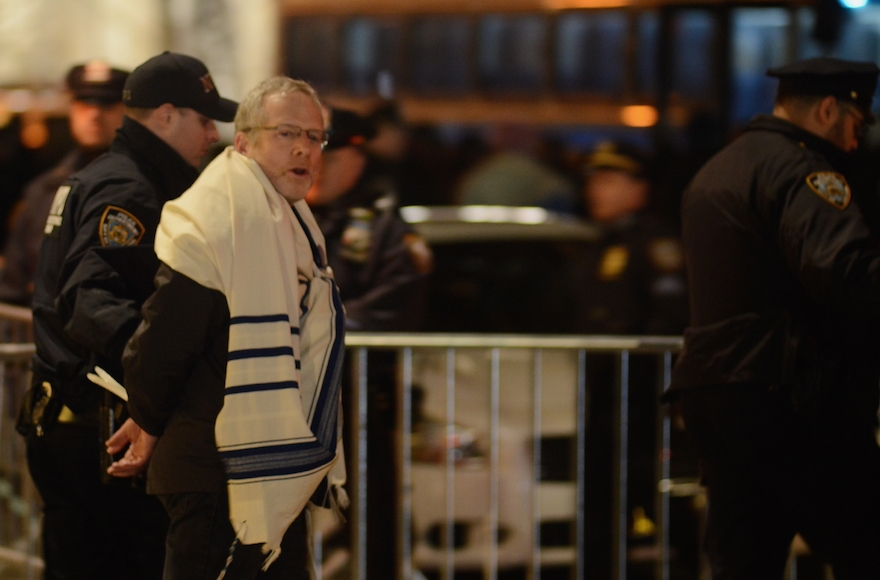 The rabbis, who had gathered as part of a conference hosted by T’ruah, a rabbinical human rights group, were arrested for obstructing traffic in front of the hotel. After marching with a group of about 200 through Manhattan, they sat in front of the hotel and ignored repeated police warnings to disperse.

“Headed to 33rd precinct as one of 18 rabbis arrested tonight to send message that Jewish community stands with refugees & immigrants & refuses to let US close its borders again. #neveragain,” Rabbi Jill Jacobs, T’ruah’s executive director, posted on Facebook just before 9:30 p.m., about an hour after many of the protesters had left. 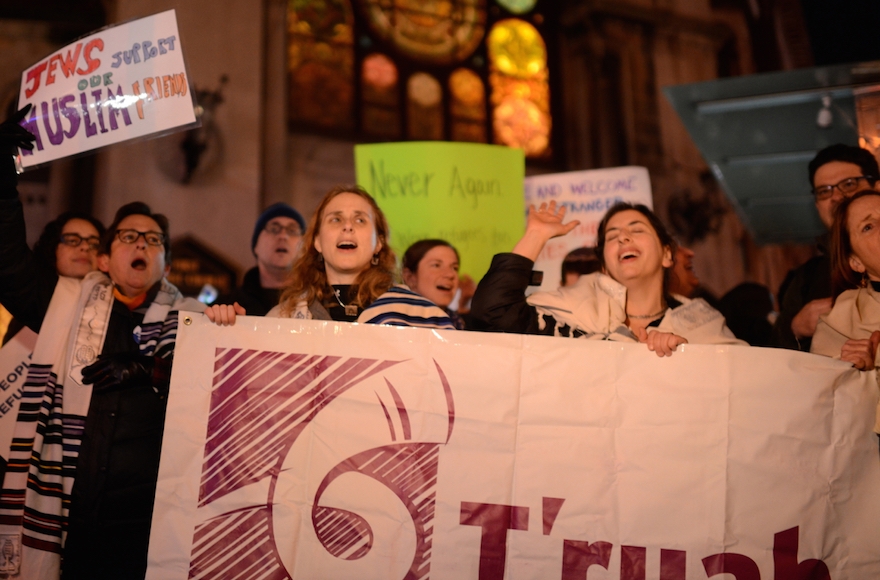 Jill Jacobs, center with red hair, is the head of T’ruah. (Gili Getz)

Protesters, many of them rabbis, came to the demonstration wearing prayer shawls, while others blew shofars to signal their opposition to the ban on refugees and nationals of seven predominantly Muslim countries enacted Jan. 27. One week later, a federal judge issued a temporary stay on the order.

The crowd, barricaded by police, chanted “No hate, no fear, refugees are welcome here.” Protesters held signs reading “My People Were Refugees Too” and “Another Rabbi Standing For Justice.”

T’ruah is one of several liberal Jewish groups that has opposed several of the president’s policies both during the campaign and since the election. The group has come out against Trump’s policies on immigration, refugees and civil rights, and also opposed his appointment of Stephen Bannon as a senior adviser. Bannon previously helmed Breitbart News, which he once described as a platform for the “alt-right,” a loose-knit movement whose followers traffic variously in white nationalism, anti-immigration sentiment, anti-Semitism and a disdain for “political correctness.”