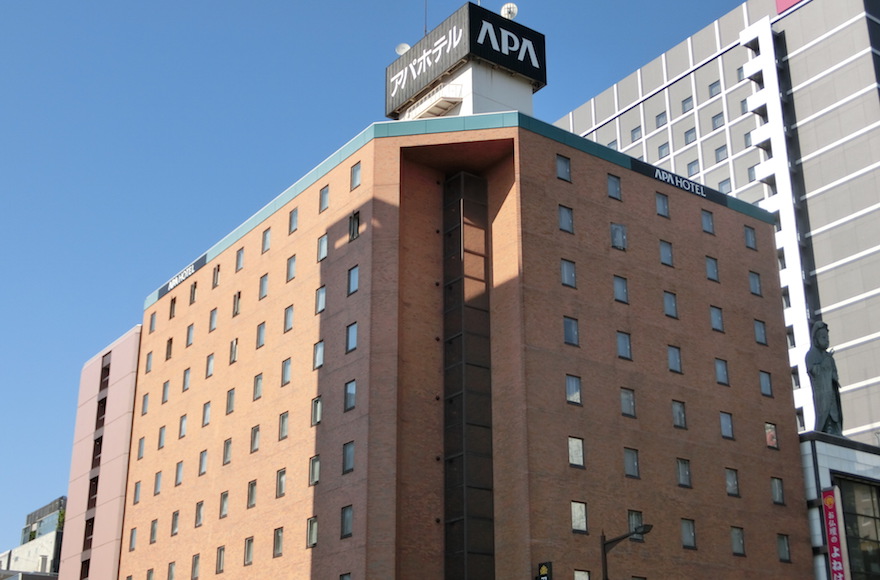 (JTA) — The inhouse magazine for guests of a Japanese hotel chain contained an article with anti-Semitic statements written by the chain’s CEO.

An article by Toshio Motoya of the APA Group in the February edition of Apple Town, the magazine for guests staying at the chain’s Canadian hotels, says that “Jewish people control American information, finance, and laws, and they benefit greatly from globalization because they move their massive profits to tax havens so they don’t have to pay any taxes,” according to reports.

The Jewish Federation of Greater Vancouver complained about the article, the French news agency AFP reported.

“It is very unfortunate that my writings gave you an erroneous impression that I hold anti-Semitic beliefs,” Motoya reportedly responded.

It “is not an apology,” the hotel told AFP on Wednesday in response to questions. “It was issued to resolve the misunderstanding because [Motoya] was being stigmatized as an anti-Semite.”

The essay has been removed from the company’s website.

In the issue of Sept. 24, 2015, he wrote about establishing a Japanese ministry of information and suggested that it should “be utilizing the capabilities of American marketing companies funded by Jewish people.”

Motoya added: “American marketing companies use enormous amounts of money to support presidential candidates and carry out effective negative campaigns by attacking candidates on the enemy side. Japan should use the Jewish information network to have corrections made to articles and news reports that are inconsistent with reality. They should be given specific missions and paid, according to results, with secret funds.”

Two published books of Motoya’s essays, in which he denies the Japanese World War II atrocity against the Chinese, are routinely left for hotel guests and have drawn criticism.