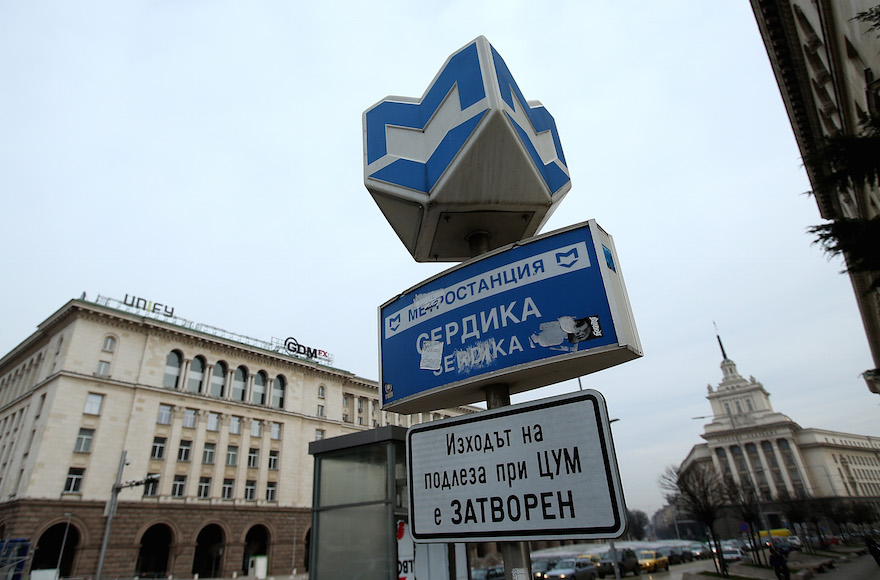 (JTA) —  An annual neo-Nazi rally was held in the capital of Bulgaria despite a municipal ban.

The Lukov March, which celebrates the Bulgarian alliance with Nazi Germany, went off as scheduled on Saturday night in Sofia despite the ban issued by Mayor Yordanka Fandakova.

The rally honoring the then-Bulgarian war minister Hristo Lukov, who was head of the pro-Nazi Union of the Bulgarian National Legions, has been held each year since 2003. For the past three years, restrictions have been placed on the march.

“The very existence of this rally is a disgrace for a European capital which in less than a year will be hosting the Bulgarian presidency of the Council of the EU,” said Alexander Oscar, president of the Shalom Organization of Jews in Bulgaria.

The World Jewish Congress said Shalom over the 14 years of the march “has done everything in its power to sound the alarm against this dangerous manifestation of the same anti-Semitic expressions that brought about the near destruction of European Jewry.”

“And for 14 years, this march has been sanctioned despite all efforts to stop it, on the grounds that the marchers were careful not to exhibit overt Nazi, anti-Semitic or fascist symbols,” World Jewish Congress CEO, Robert Singer said in a statement.

“Regardless of what symbols are exhibited during rallies of these kinds, the intentions are clear, and the dangers ever-present,” he said, adding: “Let us not forget that when hate speech is sanctioned, hateful actions become all the harder to prevent.”