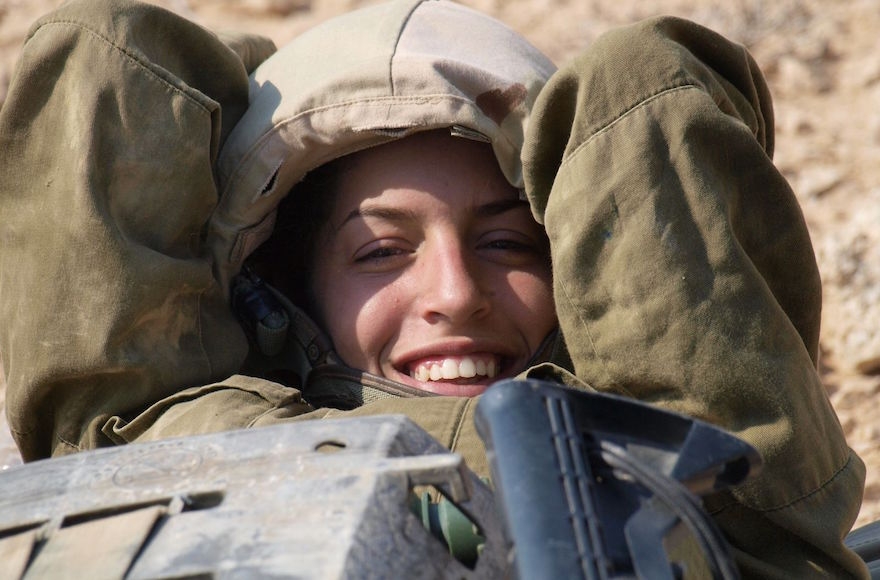 Omer Nahmany (Courtesy of Pride in Blue and White)
Advertisement

TEL AVIV (JTA) – Shahaf Ben-Yakov always found it maddening when her ability as a combat soldier was questioned just because of her gender.

Nonetheless, she dismissed as nonsense the notion that army service “has driven our girls crazy” — as a rabbi who runs a pre-military academy in the Eli settlement claimed in a speech broadcast on Israeli television Tuesday night, hours ahead of International Women’s Day.

Although Rabbi Yigal Levinstein’s comments have since been widely condemned by Israeli government officials, including Prime Minister Benjamin Netanyahu, Ben-Yakov said they would still have an effect.

“The army was the first time I realized not everyone saw me as equal, and I needed to prove myself and fight for my rights as a woman,” Ben-Yakov told JTA. “It begins with people like Rabbi Levinstein, who have enormous influence. If they say what a woman can’t do in the army, this is what the young soldiers will think. It’s very simple.”

Ben-Yakov, 25, is part of a new group of women and LGBT officers that aims to speak out for diversity within the Israeli army and push back against growing religious influence on the powerful Israeli institution. The group, Pride in Blue and White, last week launched a crowdfunding campaign to support what it said would be the first army preparatory courses and mentoring programs specifically for female and LGBT youth.

The ultimate goal of the campaign — called Israeli Pride Times Two – is to double the number of women in combat positions and the number of openly LGBT soldiers in the Israeli army.

The army is already relatively progressive on those fronts. Jewish women are conscripted like their male counterparts, but for two years rather than three, and allowed to hold a growing number of combat positions. Some seven percent of fighters are women.

Gay and lesbian soldiers have been allowed to serve openly since 1993, the same year the United States issued its infamous Don’t Ask, Don’t Tell policy, even if many report being fearful of doing so.

But with the growing influence of religious Zionist officers and soldiers, Ben-Yakov and her colleagues worry this progress is in jeopardy.

“We’re all officers. We all fought in the army. And we feel that our home is under attack,” said Omer Nahmany, the 27-year-old founder of Pride in Blue and White. “In Israel, everyone has to go to the army, so it has to be pluralistic and liberal. What the rabbis are trying to do is push out women, push out LGBT people and bring their own people in.” 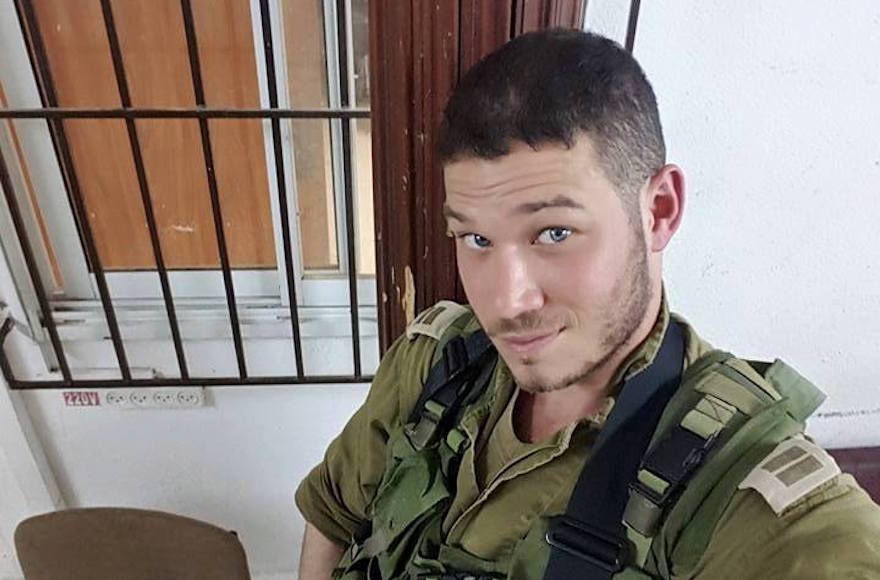 Oren Nahmany (Courtesy of Pride in Blue and White)

Rabbi Eli Sadan — who along with Levinstein founded the first army prep school, Bnei David, in the West Bank settlement Eli in 1988 — rejected such criticisms in a paper last year. He said religious Zionists had no desire to take over the army and accused critics of promoting hatred of his community.

In the decades since Bnei David opened its doors, religious Zionists have quickly moved up the army echelon. There are no official statistics that classify soldiers as secular or observant, but a study by the Defense Ministry journal Maarachot found that the percentage of religious Zionist infantry officer cadets grew from 2.5 percent in 1990 to 26 percent in 2008, according to Reuters. More recent research shows religious Zionists now account for between one-third and one-half of cadets.

These days, several dozen academies prepare Israelis for the army, and about half of them are religious.

With declining motivation among recruits a constant worry in Israel, many Israelis welcome the influx of religiously motivated conscripts. But some, mostly on the political left, worry religious Zionists, who account for about 10 percent of Israel’s population, have gained disproportionate influence on the traditionally secular army, as well as other parts of Israeli society. One concern is that religious Zionist soldiers would not evacuate settlements if ordered to under a peace plan with the Palestinians, since they generally see the West Bank as land God promised to the Jews.

To protect and advance the rights of women and LGBT soldiers, Pride in Blue and White is taking a page out of the religious Zionist playbook by opening army prep courses of its own. Since Levinstein’s speech aired, the group has raised well over $1,000. With three weeks left, they are almost 40 percent of the way to their goal of about $20,000.

Levinstein told several hundred graduates of a West Bank religious academy located near his own that women soldiers lose their Jewish “values and priorities,” and called the idea of women commanders “madness.” He ridiculed families led by two gay fathers, saying, “it’s an insane asylum.”

Amid the public outcry, Defense Minister Avigdor Liberman said Wednesday he would reconsider Levinstein’s “fitness to prepare young people for service in the Israel Defense Forces.” Levinstein subsequently said that while he would not retract his statements, he acknowledged that the way in which he made the remarks was “inappropriate.”

Some religious Zionist rabbis defended Levinstein, as has happened after similar incidents in the past, including last July, when a video came out of Levinstein complaining that soldiers were taught to respect gay men, whom he referred to as “deviants.”

In November, Eyal Karim’s appointment as chief army rabbi was put on hold because he had said women’s army service is “entirely forbidden” for reasons of modesty and opposed women singing at army events. He later apologized for the remarks.

Nahmany, a 27-year-old political science student at Tel Aviv University, said Levinstein was right to be worried about religious Zionist soldiers learning acceptance in the army. Unlike many gay soldiers who keep quiet about their sexuality during their service, Nahamy was upfront about being gay starting in basic training. He said he was generally accepted and took pride in setting an example as a combat officer in the Air Force.

“I was known as the gay officer, and I’m proud of that because that meant new recruits knew they were free to come out and do whatever they wanted,” he said. “I also had religious soldiers, and they always told me they never thought I was what a gay person looks like. They were shocked that a gay person could be an officer and have power. I am certain that I changed the way they saw the LGBTQ community.”

He added: “I saw firsthand that the army can change Israeli society. The rabbis understood that and now we are understanding that.”

Ben-Yakov, who studies political science with Nahamany, agreed. Even though men in the army often doubted whether she was capable of combat, those she worked closely with came to respect her, and she them, she said. That kind of interaction is what has made the army, and Israeli society in general, increasingly accepting, she said.

“The first goal of the army is to protect Israel, and it needs women and LGBT soldiers,” she said. “Rabbi Levinstein is afraid of the inevitable future, that religious people will meet the rest of Israel. Then, they will realize women can actually go out of the kitchen and do other things.”