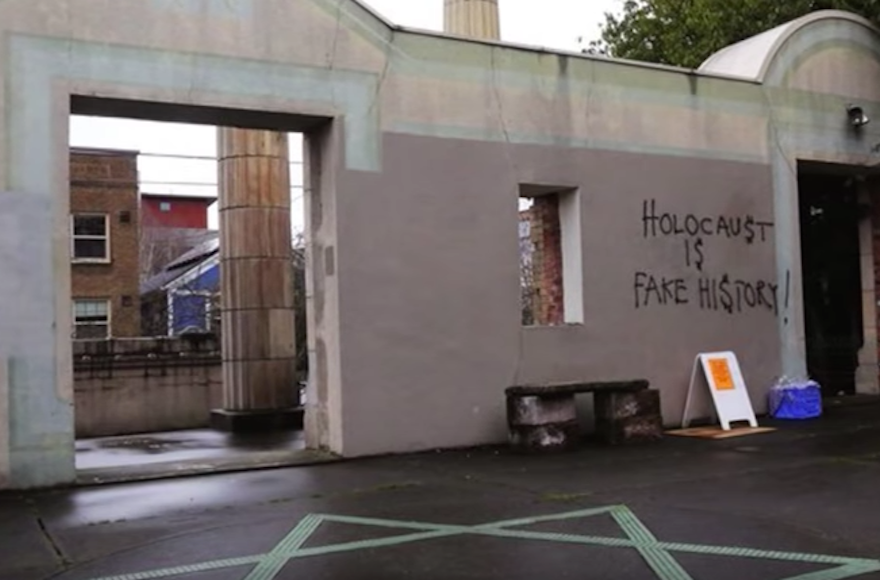 (JTA) — A synagogue in Seattle was defaced with graffiti denying the Holocaust.

“The Holocaust is fake history!” was found spray-painted on the wall of the Temple de Hirsch Sinai synagogue on Friday morning.

“There were two things we felt: shock and sadness, and resistance,” Daniel Weiner, the synagogue’s senior rabbi, told NBC News. “We were shocked that this had reached our own community and that such things, such stereotypes had become frequent. But we are also adamant to not give in to the intolerance and growing climate of hate in Seattle and our nation, and will resist.”

With more than 1,500 member families, the synagogue, founded in 1889, is one of the largest in the Pacific Northwest.

The incident comes amid a wave of threats against Jewish institutions nationwide, including more than 100 bomb threats, mostly against Jewish community centers, since the beginning of the year.