This roller derby player goes by the name Hebrew-Ham Lincoln 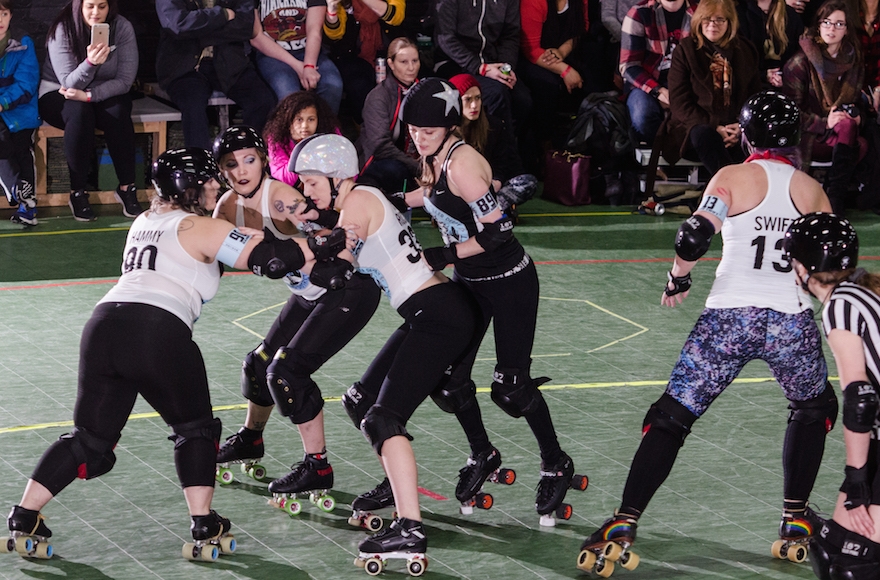 NEW YORK (JTA) — Dara Fineman may not be the only Jewish player in the Gotham Girls Roller Derby League, but she’s the only one who sports a Star of David painted over her eye.

Her derby name is plenty Jewish, too: “Hebrew-Ham Lincoln” — yes, that’s a reference to the 16th U.S. president — or “Hammy” for short.

Fineman, 28, is one of the latest additions to the Gotham Girls league, which is ranked No. 1 in the world by the Women’s Flat Track Derby Association.

Over the past decade-plus, roller derby — a contact sport on skates that is dominated by all-female amateur teams —  has exploded in popularity. At its founding in 2004, the WFTDA — roller derby’s international governing body — consisted of a handful of leagues; today it has nearly 400 member leagues all over the world.

Roller derby is fast, exciting and at times quite aggressive. A match features two teams of five players each — a jammer and four blockers — skating counter-clockwise on an oval track. Jammers scores points by passing the opponent’s players. Blockers simultaneously try to stop the opposing jammers while clearing the way for their own. The matches are an hour broken up into 30-minutes halves.

Fineman, a blocker for the Diamond Districts team, told JTA that while she maintains a strong Jewish identity, in roller derby she may have found her life’s passion. The Los Angeles native started playing five years ago spurred by a desire to get in shape. She hadn’t exercised in years and couldn’t stand on skates. 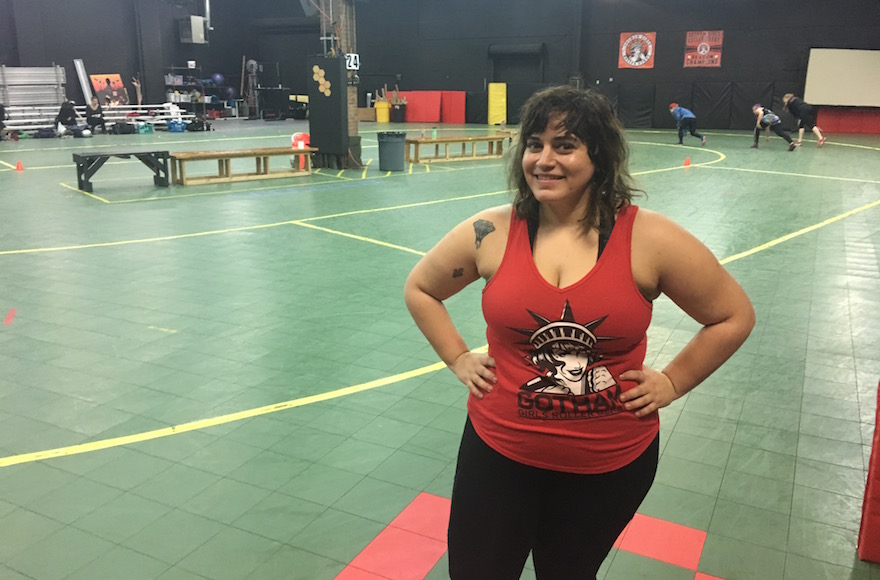 “I realized I needed to make a change in my life, and derby can train you from nothing,” she said on a recent Sunday following practice at the team’s home base in Brooklyn. “I walked in having never roller-skated, fell down for two hours, cried, put ice packs on my back and went and bought roller skates that day.”

These days Fineman, who works as an executive assistant at a media company, spends much of her free time playing or training, waking up at 5:30 a.m. most days to go to the gym and attending derby practice two or three times a week.

Fineman joined the Gotham Girls — 102 skaters on eight teams, including a traveling all-star squad — on her second attempt after three rounds of tryouts, including a three-week boot camp. She officially came aboard in February after having played for the Garden State Rollergirls, a New Jersey team.

She wears a jersey with the number 90, which she calls “chai five” — a reference to a multiple of 18, the Jewish number seen as auspicious, as its Hebrew letter equivalent is the word “life.”

“When you have a bar mitzvah, and it’s somebody you like — and not somebody you want to give $18 to — you end up giving $90 to them instead,” joked Fineman, who grew up attending Shabbat services every week at Tifereth Jacob (now known as Congregation Tikvat Jacob), a Conservative synagogue in Los Angeles’ Manhattan Beach neighborhood.

A friend came up with the name “Hebrew-Ham Lincoln” and it clicked. Fineman is seen in her player head shot wearing a Lincoln-style top hat and holding a (fake) ham. 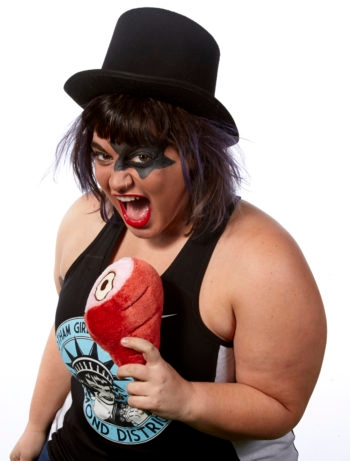 “I have always been so loud about being Jewish that I was never like ‘maybe I shouldn’t do that,'” she said. “It was like ‘OK, we’re going to just be the Jewish person.'”

Fineman spoke of a trip to Venice 10 years ago that deeply impacted her Jewish identity. During a stroll in the city’s historic Jewish ghetto, she walked by a synagogue and heard melodies that were the same as the ones she knew from home.

“You can go anywhere in the world and find a synagogue where you recognize the prayers,” she said.

“Similar to Judaism in that way, roller derby is a community, and I can go anywhere in the world and there’s probably a team because its super international,” she said, pointing out that Israel has a team, the Tel Aviv Derby Girls.

“You can reach out, sometimes maybe sleep on someone’s couch who you’ve never met, or you could go to a practice and it feels like you have somebody connected to you anywhere you go.”

Playing for the Diamond Districts, the league’s draft team of up-and-comers, Fineman does not compete in public games hosted by the Gotham Girls (although occasionally her team competes against other local leagues). But she can always be found cheering on her teammates.

And Fineman’s parents can be found cheering her on, whether in person (which requires some coordination since they live in Florida) or on social media.

“They’re totally Jewish parents in that respect,” she said. “They just brag and brag.” 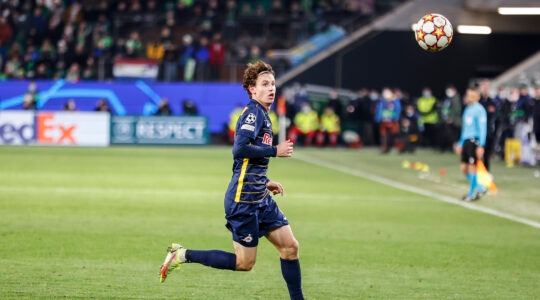