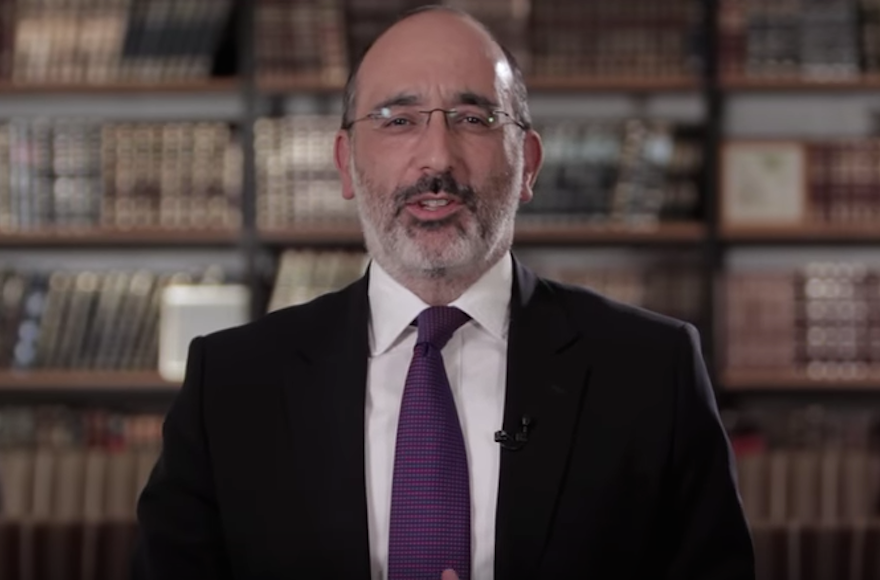 In a Passover video message to the Jewish community titled “Let Our People Go,” Chief Rabbi Warren Goldstein called on all South Africans to join him in a protest march to the Union Buildings in Pretoria on Friday “to say no to corruption and state capture.”

The Union Buildings is the official seat of the national government and houses the president’s offices.

Goldstein’s remarks come in the wake of a Cabinet reshuffle by Zuma on March 30, and in particular the removal of Finance Minister Pravin Gordhan. Zuma’s party, the African National Congress, accepted Gordhan’s removal, saying his relationship with the president was “irretrievable.” Critics countered that the move was meant to remove obstacles to Zuma’s control of the national treasury and to benefit his allies in the country’s business community.

Goldstein said that God has blessed South Africa with the gift of freedom that had come about through the sacrifices of many.

In a statement issued Tuesday, church leaders and the National Religious Leaders Council – on which Goldstein sits – called on the president to step down.

“It is evident that we have gone beyond a leadership crisis in our country,” their statement said. Zuma “has lost all moral legitimacy to govern and therefore should do the honourable thing and step down.”

“South Africans can no longer stand on the sidelines and watch President Jacob Zuma ruin our beloved country which we struggled so hard for,” they added.

Goldstein has been the chief rabbi of The Union of Orthodox Synagogues of South Africa since 2005.