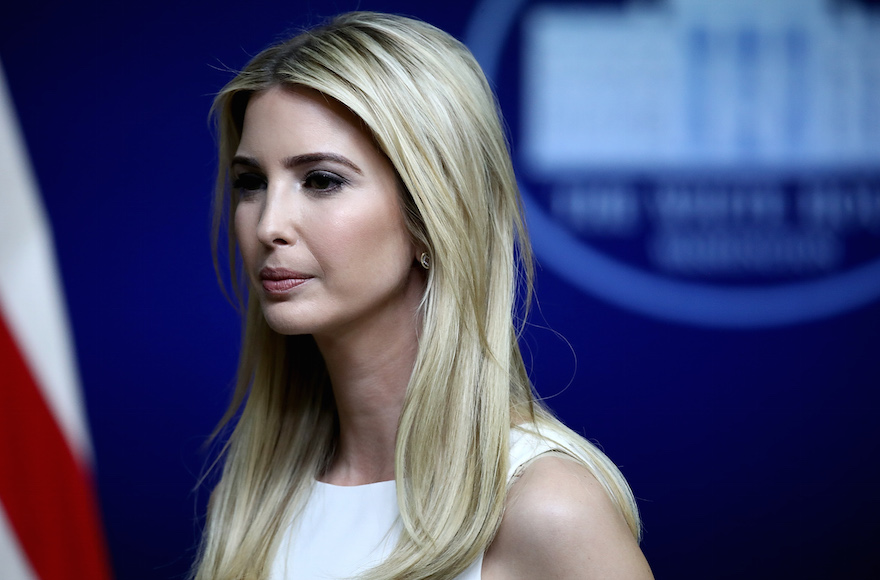 NEW YORK (JTA) — Ivanka Trump’s fashion company has filed trademarks for her brand around the world even as she serves as an employee in her father’s White House, according to a report.

An article Wednesday in The New York Times reported that the brand, Ivanka Trump Marks, has filed four new trademarks in Canada and the Philippines since her father, President Donald Trump, took office. Although she has stepped down from positions at the Trump Organization and her fashion company, and has put her brand in a trust, Ivanka Trump still retains a measure of financial control and the power to approve certain deals, which could violate federal conflict-of-interest laws.

Long an unofficial aide to her father, Trump formally became an unpaid White House adviser last month. She has attended several of her father’s meetings with foreign leaders in the past several months, including with Shinzo Abe of Japan, Justin Trudeau of Canada and Angela Merkel of Germany.

According to The Associated Press, China approved three Ivanka Trump trademarks on the same day that she met with Chinese President Xi Jinping. Trump’s brand has pending trademark applications in 10 countries, according to the Times, and has filed at least 173 foreign trademarks in 21 countries, Hong Kong and the European Union.

Federal employees such as Trump and her husband, Jared Kushner, who is also a senior adviser to the president, are barred from making government decisions that benefit their financial holdings. They also may not receive gifts or honors from foreign leaders. According to the Times, Trump and Kushner’s businesses are worth as much as $740 million.