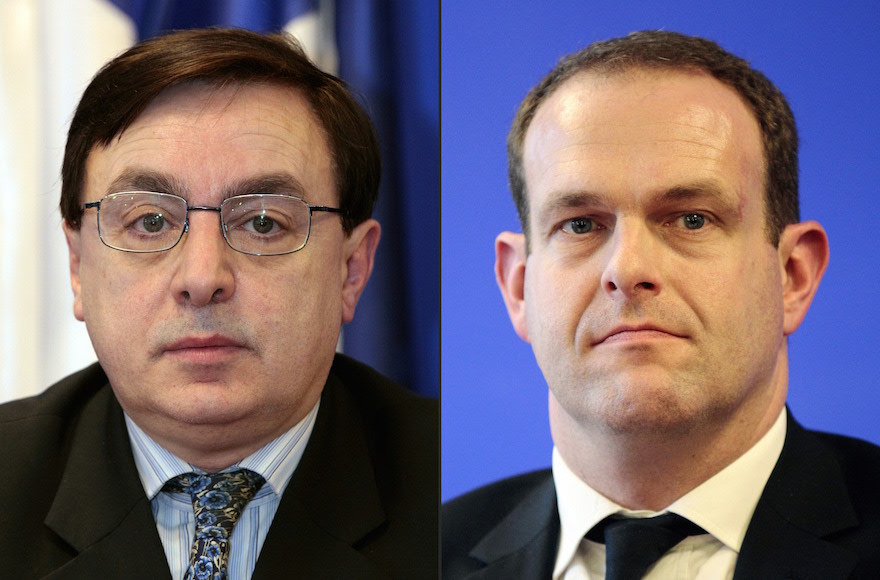 (JTA) — The leadership of the far-right National Front party in France replaced its pick for interim president following reports he had denied aspects of the Holocaust.

Jean-François Jalkh, who took Marine Le Pen’s place at the helm this week temporarily in connection with her campaign ahead of the May 7 runoff in the presidential elections, was replaced on Friday, two days after his appointment, by Steeve Briois, the mayor of Henin Beaumont and a member of the European Parliament, the Le Point magazine reported.

On Thursday, the Le Monde daily reported that Jalkh is disputing the veracity of quotes attributed to him in an interview from 2000 in which he was quoted as questioning the use of the Zyklon B poison by Nazis during the Holocaust to kill Jews.

Louis Aliot, the life-partner of Marine Le Pen and a senior National Front member, did not offer an explanation for the decision to replace Jalkh, whom Aliot said “did not make the statements” attributed to him.

“We condemn these sort of views,” Aliot added.

Claims based on bogus science and chemistry especially is a tactic of Holocaust deniers, notably David Irving of the United Kingdom.

According to the Yad Vashem Holocaust Museum in Jerusalem, “Zyklon B was delivered to the camps in crystal pellet form. As soon as the pellets were exposed to air they turned into poisonous gas. A Nazi equipped with a gas mask would empty the crystals into the packed gas chamber through a small opening. Within minutes, the victims were dead.”

National Front’s founder, Jean-Marie Le Pen, has several convictions for denying aspects of the Holocaust, as well as for inciting racial hatred against Jews.

His daughter, who succeeded him in 2011 as party leader, has attempted to rehabilitate the party’s image, condemning the Holocaust and distancing herself from her father’s anti-Semitic rhetoric. But last month she said that “France is not responsible” for its authorities’ actions during the Nazi occupation, when French police officers helped Nazis round up Jews and send them to be murdered.

Under Marine Le Pen, the National Front has seen a purge in which dozens of members were kicked out of the party for making anti-Semitic statements or expressing revisionist views about the Holocaust. She kicked her father out of the party in 2015 for making anti-Semitic statements about a Jewish singer, whom Jean-Marie Le Pen said should “go into the oven.”