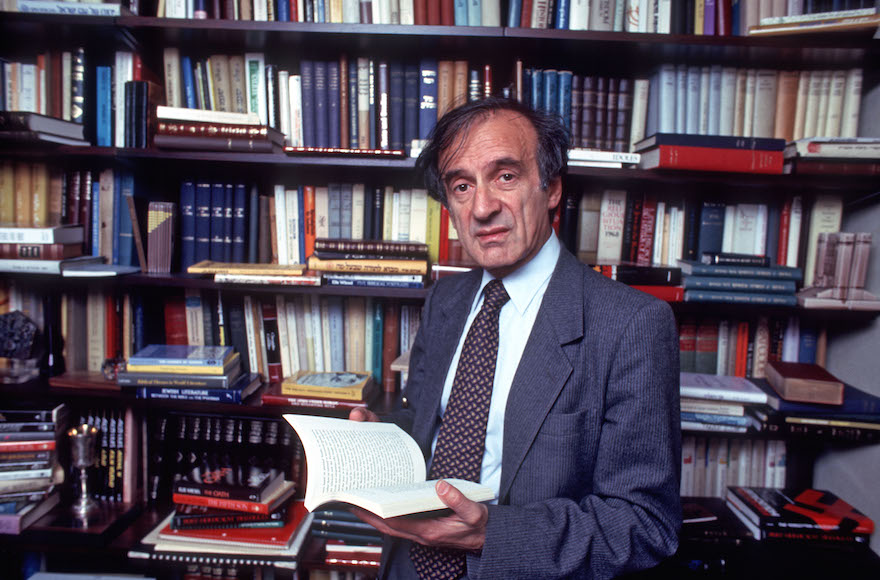 Reps. Steve Cohen, D-Tenn., and Ileana Ros-Lehtinen, R-Fla., introduced the bill in the House of Representatives on Friday.

Wiesel, an activist against racism who was well known internationally for his many books, essays and educational projects about the Holocaust, died in July at 87.

Cohen, who is Jewish, and Ros-Lehtinen, an Episcopalian with Jewish heritage, praised Wiesel’s accomplishments in a statement Friday noting that they were introducing the bill during the week of Holocaust Remembrance Day.

“Elie Wiesel was one of the greatest moral forces in the world,” Cohen said. “He is a member of that rare group of people who have had a major individual impact on our world, such as Nelson Mandela, Dr. Martin Luther King Jr. and Mahatma Gandhi.”

Ros-Lehtinen said that a statue or bust of Wiesel in the Capitol “would memorialize him and ensure that we continue to share his story and remind ourselves that, as he said, ‘our lives no longer belong to us alone; they belong to all those who need us desperately.'”