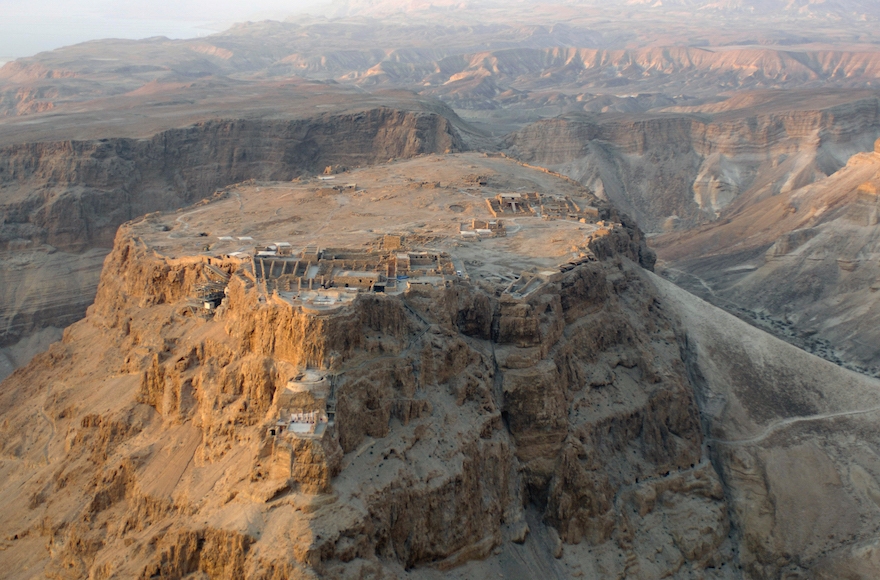 (JTA) — When Donald Trump makes his first visit as president to Israel later this month, he’s reportedly aiming to give a speech at the ancient mountain fortress of Masada.

We don’t yet know if he’ll ascend the mount, a palace built by the Judean king Herod the Great which became the last Jewish holdout nearly 2,000 years ago against a conquering Roman army. But this isn’t the first time the real estate mogul and former reality TV star has wanted to put on an event amid Masada’s ruins. The Atlantic reports this week that in 2011, Trump wanted to host the Miss Universe Pageant there, according to Eran Sidis, the Knesset speaker’s chief of staff.

Masada, whose last Jewish inhabitants in 73 C.E. committed mass suicide to avoid surrender, is best known today as a tourist destination. Climbing its jagged desert slope at sunrise is de rigueur for Jewish tour groups like Birthright, though a cable car is also available for the less intrepid. It’s a popular concert venue, with scenic views of the desert south of Jerusalem, near the Dead Sea. And it’s a deeply symbolic destination for members of Israel’s Nahal Brigade, who mark the completion of basic training with a 12-hour hike from their base to Masada’s top.

Sidis tweeted that Trump, who owned the pageant until 2015, saw the location as good PR, though it’s unclear whether he meant good PR for Israel or the pageant. But had the pageant been held there, weather might have gotten in the way. The pageant is usually held in December, near the peak of Israel’s rainy, windy and chilly winter. Not the best place for a swimsuit contest, perhaps.

Whatever the reason, the pageant didn’t work out. It was held that year in São Paulo, Brasil, where December temperatures average in the 70s.

Sigal Samuel, who wrote the Atlantic article, suggests why Trump has an affinity for Masada. Trump, Samuel writes, “loves an underdog. Throughout the presidential campaign, he repeatedly depicted himself as one. Cultivating an image as a man spurned by the political establishment, the media, and liberal elites, he endeared himself to voters who likewise saw themselves as ‘the little guys.’”