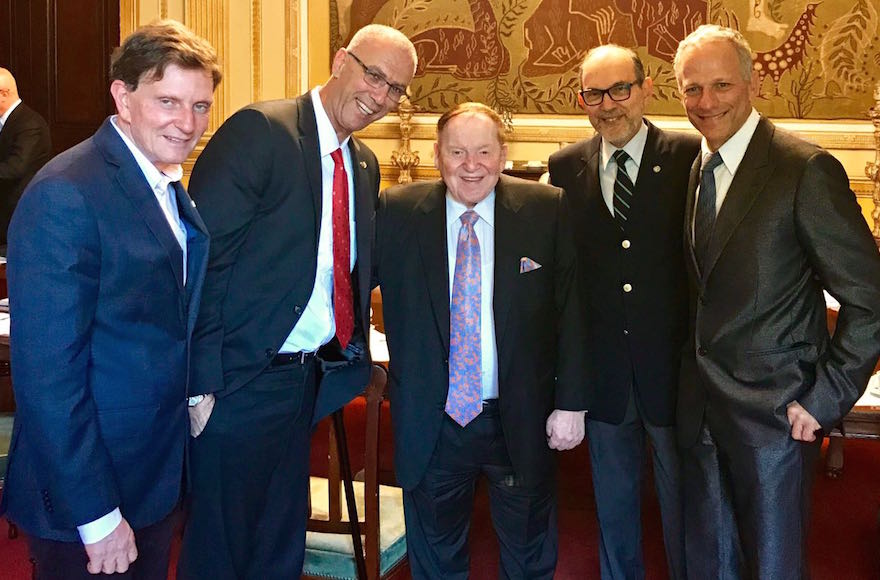 Adelson’s visit this week raised talk that a law allowing gambling in Latin America’s largest nation, where it has been outlawed for the past 70 years, will be approved imminently.

“He is known to be the biggest individual sponsor of the Taglit Birthright project and showed interested in knowing how many youths from Rio and from across Brazil go to Israel on the project every year,” Wurman told JTA.

On Wednesday, the O Globo newspaper reported that Adelson met with the mayor of Brazil’s second largest city to discuss tourism.

Adelson has long spoken of Brazil, calling the country a “potentially very good opportunity,” although he expressed some reservations regarding the economy and called for infrastructure upgrades, including more four- and five-star hotels.

“Visionary, Adelson wants to be one of the first entrepreneurs to conquer the country’s gaming market and also bring his casino brand,” reported the Games Magazine website. “The approval of a consistent law could make Brazil the third best market for the group, after Las Vegas and Macau.”