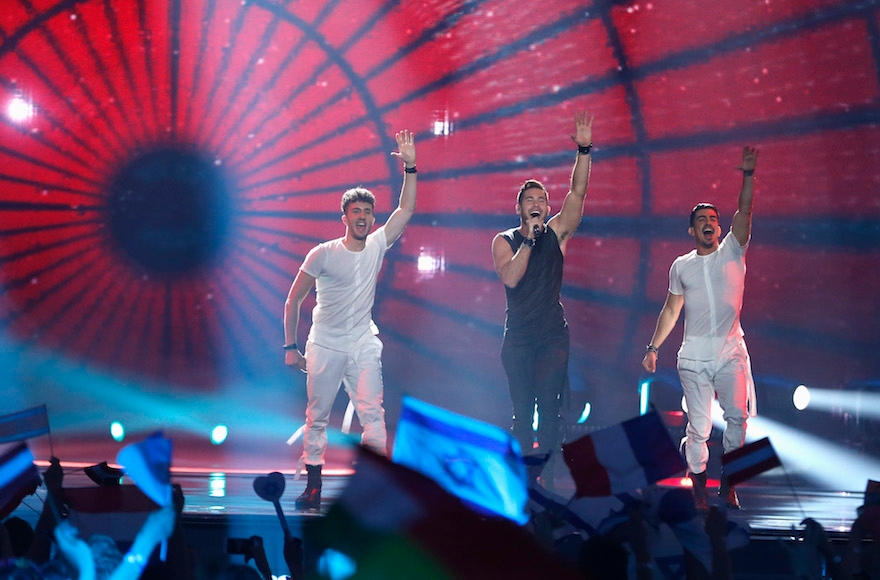 JERUSALEM (JTA) — British media misreported that Israel permanently withdrew from the Eurovision song contest after the shuttered Israel Broadcasting Authority made its farewells live while reporting the country’s scores.

Other countries also took the farewell by IBA host Ofer Nachshon to mean that Israel would be leaving the annual tournament, whose finals took place in Kiev on Saturday night.

“Tonight, is our final night, shortly IBA will shut down its broadcasting forever, so on behalf of all of us here in IBA, let me say thank you Europe for all the magical moments and the beautiful years,” Nachshon said at the end of the Eurovision broadcast.

The IBA closed as part of Israel’s public media reform, which will see the broadcaster replaced by a new public media corporation, known as Kan, on Monday. Kan has said it will take over the broadcasting rights to Eurovision if it is able to qualify as a member of the European Broadcasting Union. But this could be a problem since the new Kan broadcaster does not have a news division. The news component is being run by a separate entity following a government compromise on the issue.

At the end of the Eurovision broadcast at 1:45 a.m. on Sunday morning, IBA signed off permanently.

Israel’s Imri Ziv, 25, and his song “I Feel Alive,” placed a dismal 23rd place out of 26 countries in the Eurovision final. Ziv, who won Israel’s reality show “The Next Star” to qualify to represent the country at Eurovision, was the first performer of the night.

Belgium’s entry, 17-year-old Jewish singer Ellie Delvaux, who goes by the stage name Blanche, placed fourth in the competition. Elie, a counselor for the Zionist youth group Hashomer Hatzair in Brussels, won support from Israelis, since residents of a country cannot vote for their own contestant.

Joci Pápai, 35, the first Roma to represent Hungary in the continental song competition, took eighth place with his song about oppressed minorities, “Origo” (“Origin”), which he performed in Hungarian and Roma.

Salvador Sobral from Portugal has won the 2017 Eurovision Song Contest with the song “Amar Pelos Dois,” which was written and composed by his sister, Luisa, who joined him onstage to perform a reprise of the song after it was announced as the winner.

More than 200 million households watched the three shows – two semifinals and the final – that make up the annual contest.