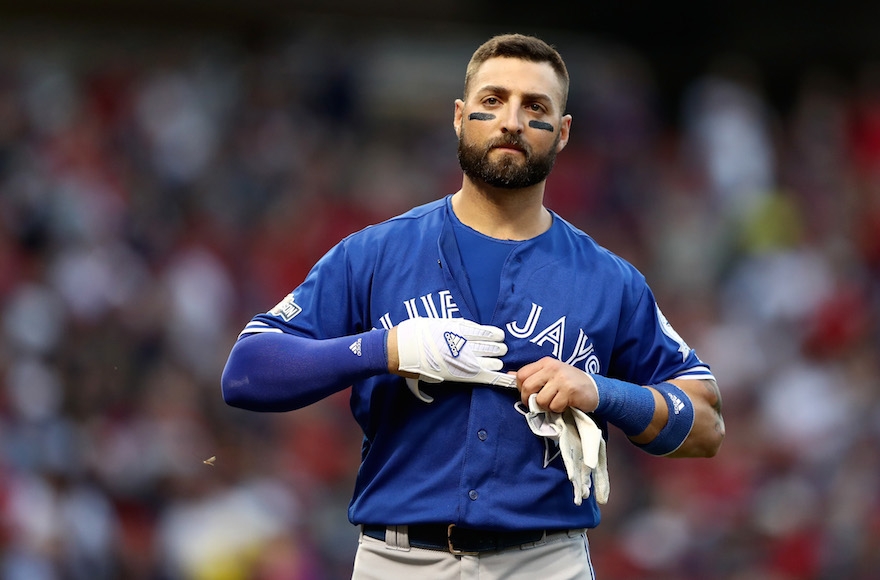 Kevin Pillar striking out in a game against the Cleveland Indians in the American League Championship Series at Progressive Field in Cleveland, Oct. 15, 2016. (Elsa/Getty Images)
Advertisement

(JTA) — The Toronto Blue Jays suspended their center fielder Kevin Pillar for two games after he hurled an anti-gay slur at an opposing pitcher.

Pillar used the slur against Jason Motte of the Atlanta Braves during a game Wednesday night when he thought the pitcher tried to “quickpitch” him — throw a pitch before he was ready to hit in the batter’s box.

The Jewish player was quick to apologize for the incident.

“I was ashamed. I regret saying it,” he told reporters before another game against the Braves on Thursday. “I’m going to be used as an example of how words can really offend a lot of people.”

Pillar, known as one of the top defensive outfielders in the major leagues, will be able to return on Saturday, when the Blue Jays play the Baltimore Orioles. He will also be fined an undisclosed amount.