I may have ‘horsed around’ in Nazi camp in my youth, Bulgarian deputy PM says 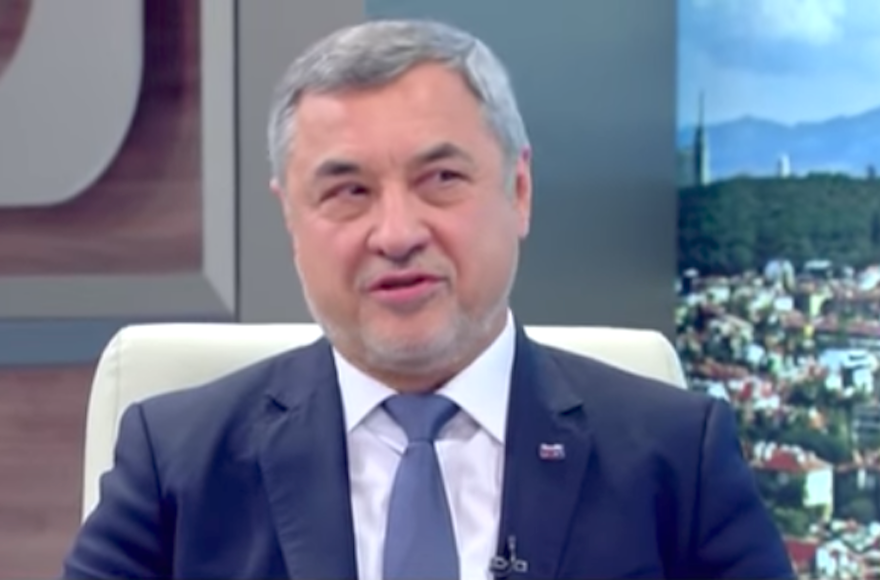 (JTA) — Bulgaria’s deputy prime minister said jokingly that he may have behaved inappropriately when visiting a former Nazi concentration camp.

Valeri Simeonov, also vice president of the United Patriots, a nationalist coalition of political parties, told the  Sega newspaper on Tuesday that he and some his friends may have taken spoof pictures of themselves in Buchenwald during the 1970s.

Simeonov, 62, was downplaying an incident from earlier this week that forced a member of his party, Pavel Tenev, to resign from the post of deputy minister. Tenev had been photographed performing a Nazi salute at a Paris museum while standing next to mannequins dressed in Nazi uniforms.

Dismissing Tenev’s actions as harmless buffoonery, Simeonov recalled traveling with his friends in the 1970s to Buchenwald, where the Nazis killed more than 43,000 people, including dissidents, Soviet prisoners of war and many Jews — before nearly all the Jewish inmates were transferred to the Auschwitz death camp in Nazi-occupied Poland.

The newspaper quoted Simeonov recalling how he himself had “horsed around” on the Buchenwald trip as a student.

“Who knows what gag photos we made there,” Simeonov told Sega.

In a statement Friday, Alexander Oscar, president of the Shalom Organization of the Jews in Bulgaria, condemned Simeonov’s flippancy.

“We are witnessing an ugly manifestation of disrespect toward the millions murdered in the concentration camps during World War II,” Oscar said. “Such behavior demonstrates a lack of political culture and sensitivity vis-à-vis the greatest tragedy in human history. When we talk about the Holocaust, joking is inappropriate.”