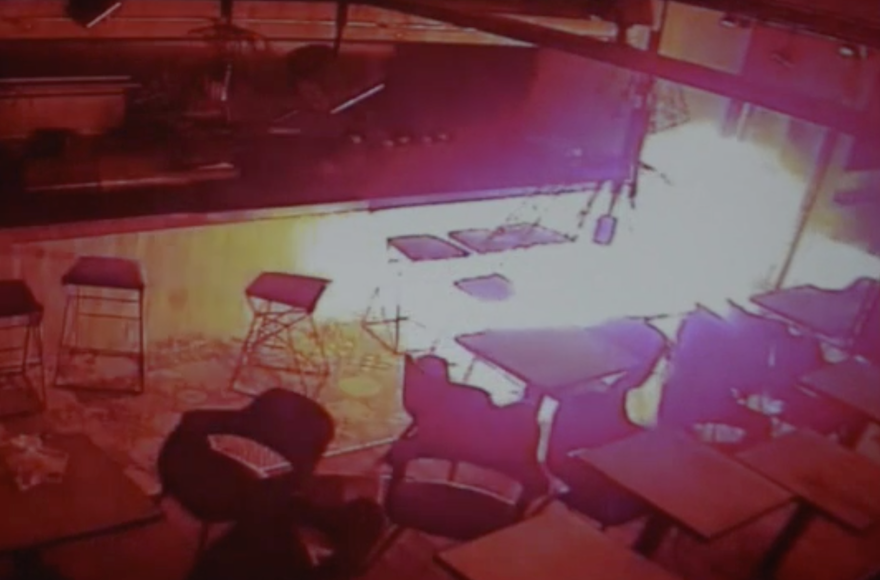 Footage of the fire at the Ta'am Deli and Grill in Manchester, England. (Screenshot from Manchester Evening News)
Advertisement

The attacks, which police say they believe are linked, took place in the north Manchester neighborhood of Prestwich within five days of each other, the latest on Tuesday, the London-based Jewish Chronicle reported.

On Friday night, two people threw a firebomb at the Taam restaurant in an attack caught on surveillance camera. The firebomb failed to ignite, leading one of the attackers to throw a stone through the establishment’s front window.

Early on Tuesday morning, unknown attackers forced open a window at the JS restaurant and poured in flammable liquid, which they ignited. The fire was put out after over an hour, causing no serious damage.

Police said they have increased patrols in the area.