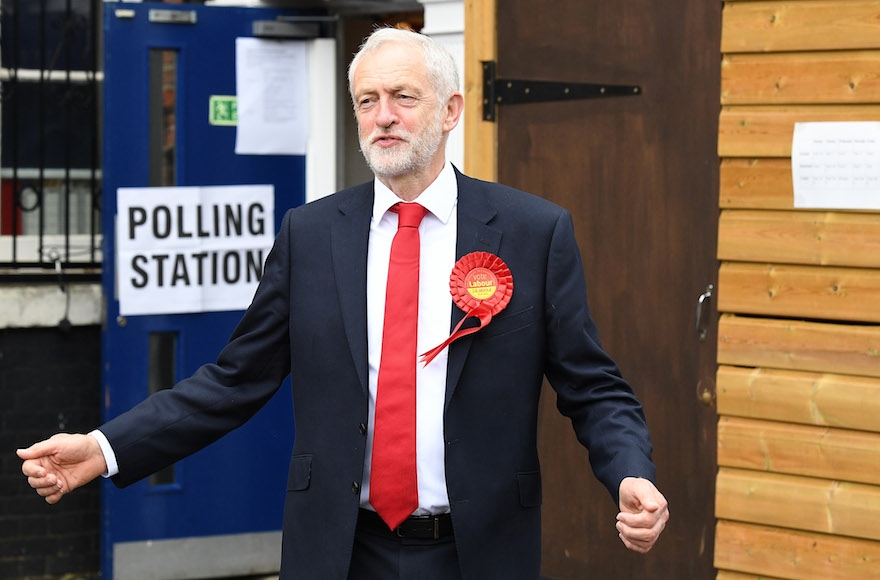 (JTA) — The British Labour Party, led by Jeremy Corbyn, is set to gain seats following the British election, according to exit polls.

By Thursday night, the exit polls showed that the ruling Conservative Party will get the most votes, but not enough to allow it to govern without adding at least one coalition partner. The Conservatives are forecast to win 314 seats, followed by Labour with 266 seats. The Scottish National Party is projected to win 34 seats, the Liberal Democrats 14 seats, and other parties 22 seats. The exit polls projected no seats for UKIP, the nationalist party that led the successful campaign for Britain to leave the European Union.

The result is a gain of 34 seats for Labour and a loss of 16 for the Conservatives. The British Parliament has a total of 650 seats. A governing party or coalition is composed of at least 326 parliamentary seats.

The election results are being perceived as a blow to British Prime Minister Theresa May, who called the snap election, expecting a comfortable win for her Conservative Party. According to the exit polls, whichever party forms the next government will need to form a coalition with smaller parties, a reality that is more common in other parliamentary democracies, such as Israel.