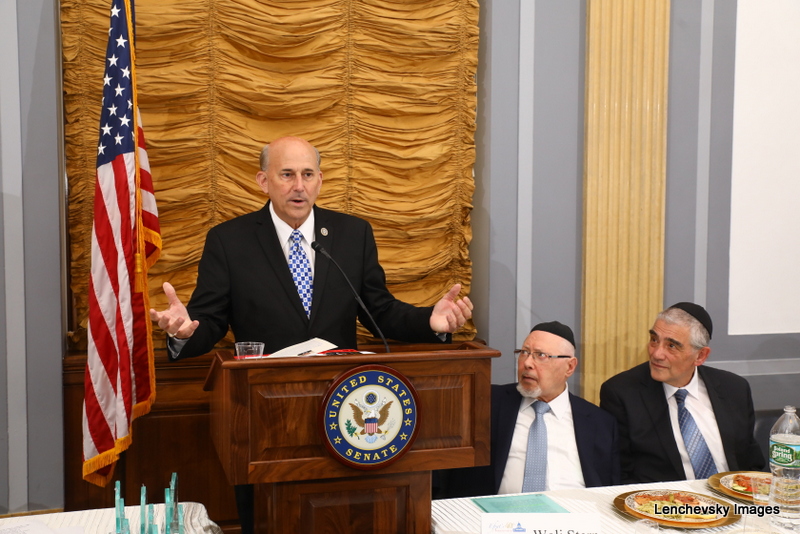 WASHINGTON (JTA) — Speakers at a Washington function for an Israeli group that discourages abortion said the shooting attack on Republican Congress members the day before was a reminder of the sanctity of life.

“As the world becomes more and more secular, we forget where we came from,” Sen. Rand Paul, R-Ky., said at the June 15 event in a Capitol Hill office building marking the 40th anniversary of EFRAT. “We forget the importance of and the special nature of what is life.”

EFRAT is an Israeli organization that encourages women considering abortion to have and raise their children, providing them with counseling and information on pregnancy as well as baby items like strollers, cribs and clothing. It does not lobby against Israel’s relatively liberal abortion laws.

EFRAT, a nonprofit, celebrated its 40th anniversary at the Capitol. The event honored Eli Schussheim, the organization’s president, and Woli Stern, its director.

Other speakers also referred to the June 14 shooting in Alexandria, Virginia, that wounded five people at a practice for Republican Congress members and their staffers ahead of a charity baseball game the next day against Democrats.

Rep. Steve Scalise, R-La., the third-ranked Republican in the U.S. House of Representatives, is still in hospital suffering from serious wounds.

The shooter, a 66-year-old Illinois man who backed Sen. Bernie Sanders, I-Vt., in the presidential race and had obsessed on social media about President Donald Trump and other Republicans, was shot dead in return fire by Capitol Police.

“It’s bad enough that bad things happen in the world, which we’re reminded of just yesterday with the shooting,” said Joshua London, a lobbyist for the Zionist Organization of America.

“EFRAT sends a message that life is sacred. It is a blessing. Life is worthy of our love. It is worthy, every day in and day out, of our work.”

A number of Republican lawmakers, including Reps. Trent Franks of Arizona, Doug Lamborn of Colorado and Louie Gohmert of Texas, spoke at the event.

“I’m usually a little more effervescent, but we’ve had a tough couple of days here and it’s going to be tough for a while to come for our majority whip,” Gohmert said.

Franks noted his long history of pro-Israel activism, but also spoke of his opposition to abortion.