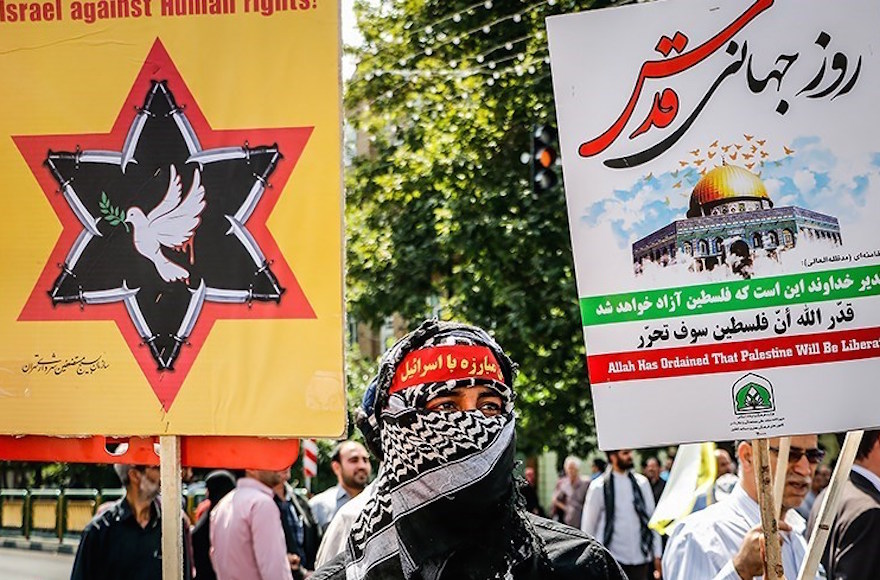 Iranians participating in Quds Day, a worldwide event held annually to protest Israel and Zionism, also called for unity among pro-Palestinian groups against the “child-murdering” Israeli government in a statement released after the marches, according to Iran’s Tasnim News Agency.

The resolution also criticized the U.S. and Saudi governments for their treatment of Iran.

Millions of Iranians took to the street Friday for the anti-Israel protest, according to Tasnim. Their supreme leader, Ayatollah Ali Khamenei, said on Wednesday that Quds Day was “the symbol of fighting arrogance and global hegemons,” the news agency reported.

Iran’s government established Quds Day, which is held on the last Friday of Ramadan, in 1979. Al-Quds is the Muslim name for Jerusalem.

On Sunday, marchers in the annual Quds Day parade in London blamed a fire in a low-income apartment complex there that left at least 58 dead on “Zionists.”