Trump didn’t visit the Warsaw Ghetto monument, and some Polish Jews are upset 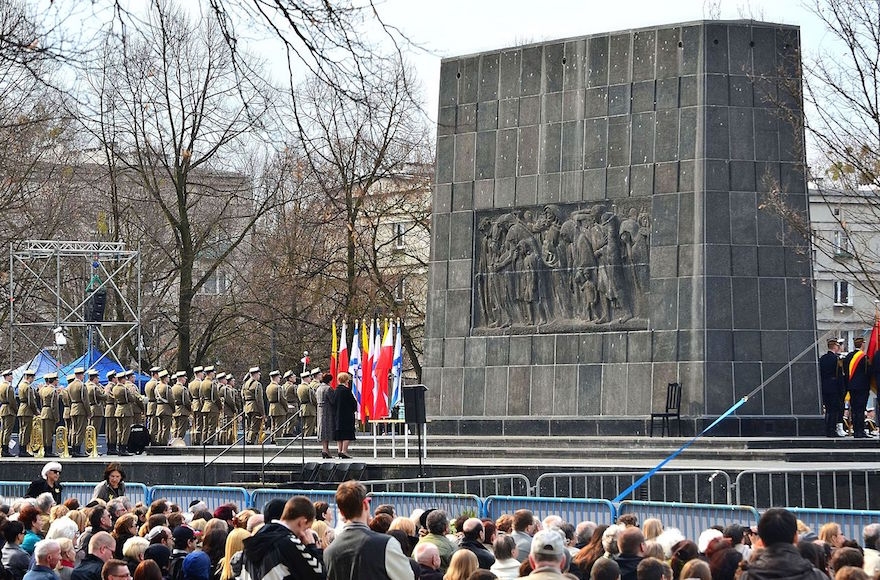 (JTA) — Jewish leaders in Poland criticized President Donald Trump for not including a stop at a Warsaw Ghetto Uprising monument on his itinerary while visiting their country.

According to the statement, “ever since the fall of Communism in 1989, all U.S. presidents and vice presidents visiting Warsaw had made a point of visiting” the site,  representing Americans “who had played such a central role in bringing down Fascism.” The site, they said, was a “universal commemoration of the victims of the Shoah, and condemnation of its perpetrators.”

Trump landed Wednesday in Poland ahead of the G20 meeting of world leaders in Germany later this week. He will commemorate the horrors of World War II in Poland, his aides told The Washington Post, on Thursday, when he is scheduled to speak at the city’s Warsaw Uprising Monument on Krasinski Square.

However, that monument celebrates the acts of resistance fighters from the general population of Poland, who launched a bloody rebellion against the Germans in 1944. The Monument to the Ghetto Heroes, situated approximately a mile east of Krasinski Square, commemorates specifically Jewish partisans who rose up against the Germans in a doomed uprising in 1943.

The visits by U.S. presidents to the monument for the Jewish rebellion were gestures that to Polish Jews “meant recognition, solidarity and hope,” the three leaders of Polish Jewry wrote.

“We deeply regret that President Donald Trump, though speaking in public barely a mile away from the monument, chose to break with that laudable tradition, alongside so many other ones,” they added. “We trust that this slight does not reflect the attitudes and feelings of the American people.”