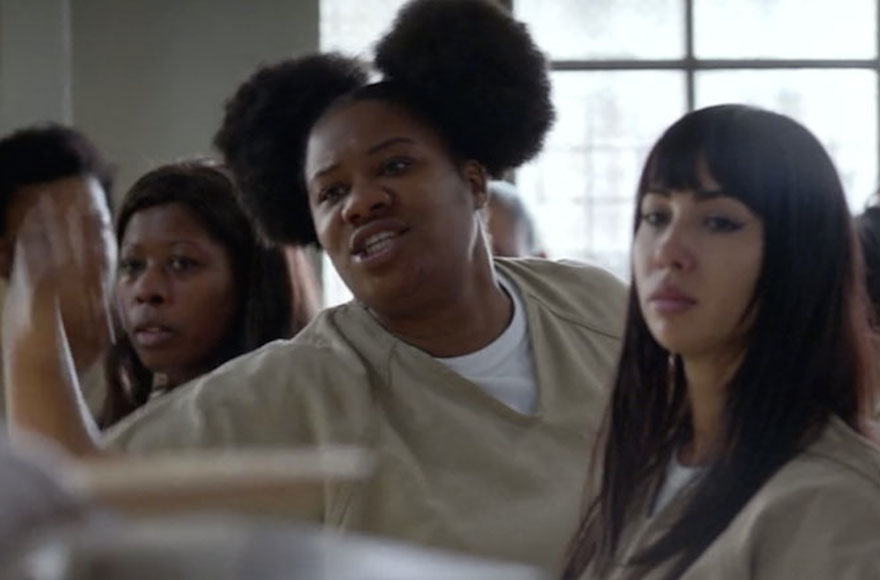 (JTA) — Inmates at a Sottish prison are believed to have started asking for kosher food after watching “Orange is the New Black,” a Netflix television series set in a women’s prison.

In a 2015 episode of the series, a character known as “Black Cindy” converts to Judaism in order to receive “better quality food.”

Inspectors demanded an investigation into why the HM Prison in Edinburgh is serving kosher meals to more than 100 prisoners when hardly any of its inmates are Jewish, according to The Times of London.

It is thought that hundreds of prisoners across the United Kingdom have applied to change their religion to Judaism since the TV episode aired. The Edinburgh prison is believed to be the “worst hit” by such claims, the prison service report said.

The daily cost of normal prison meals per prisoner is about $2.50, but a report by the Inspectorate of Prisons for Scotland said that kosher food was four times as expensive, resulting in an extra annual bill of approximately $313,000, according to The Times.

In 2013-14 there were nine Jewish prisoners in Scotland’s 15 jails, according to The Times. The prison service report said that an urgent investigation was needed into the legitimacy of the claims by the inmates at the prison, whose population is almost entirely “white Scottish.”

“It was noted that a significant number of prisoners had decided to move to a kosher diet, which did not appear to be for wholly faith-based reasons,” it said. “Given the significant additional expenses of providing this diet, the Scottish Prison Service should seek to understand the underlying reasons for this development to address this situation with some degree of urgency.”

Meals should “conform to dietary needs, cultural or religious norms,” but an investigation was needed to find out why 13 percent of inmates at the Edinburgh prison were eating kosher food.

One prison source, who has worked at the jail since 2010, told The Times that the issue was “verging on the ridiculous.”

He added: “The number of Jewish prisoners is negligible. I think we had two in 2014. We’ve seen a huge rise in the number claiming to be Jewish as they saw the meals were better. It’s about time someone saw through this farce and did something about it, but I can see what will come next — we’ll get accused of religious discrimination if we stop their meals.”