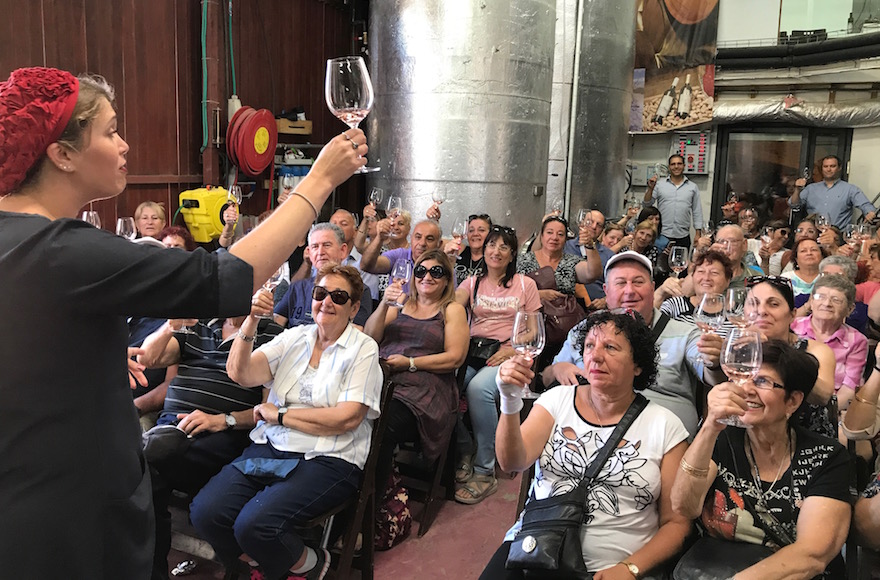 (JTA) — Canadian authorities withdrew a guideline that prevented goods produced in the West Bank from being labeled “Made in Israel.”

In a statement released Thursday, the Canadian Food and Inspection Agency said that two wines that had fallen under the labeling ban did in fact “adhere” to the Canada-Israel Free Trade Agreement and could be sold as labeled.

The two wines, both produced in the West Bank, were temporarily withdrawn from liquor store shelves in the province of Ontario, raising an uproar among Jewish groups and Israeli diplomats.

Jewish organizations that lobbied heavily against the labeling restriction welcomed the news.

“We are excited and relieved to hear that through the actions of CIJA and the response of the Government of Canada, CFIA has revoked this directive and affirmed that these products can be sold without relabeling,” read a statement from the Centre for Israel and Jewish Affairs, the advocacy arm of  UJA Federation of Greater Toronto. “We commend the Government of Canada for moving quickly to rescind the decision.”

The CIJA and other Jewish groups objected that the labeling restrictions unfairly singled out Israel for censure and aided the efforts of the Boycott, Sanctions and Divestment movement targeting Israel.

On Tuesday, the Liquor Control Board of the province of Ontario asked vendors to remove from their shelves and stop importing wines imported from the West Bank that were labeled as products of Israel. The board cited a previously unreported July 6 ruling by the Canadian Food Inspection Agency that wine products made from grapes “grown, fermented, blended and finished in the West Bank occupied territory” could not be labeled “Product of Israel.”

That directive stated that the government of Canada “does not recognize Israel’s sovereignty over the territories occupied in 1967 (the Golan Heights, the West Bank, East Jerusalem and the Gaza Strip)” and “as such wine products from these regions that are labelled as a Product of Israel would not be acceptable.”

Israel and Canada signed a free trade agreement in 1996.

“We did not fully consider the Canada-Israel Free Trade Agreement (CIFTA),” the subsequent Canadian Food and Inspection Agency statement reads. “These wines adhere to the Agreement and therefore we can confirm that the products in question can be sold as currently labelled.”

An official for B’nai Brith Canada, speaking to the National Post, said he was told by a “high-ranking official” in the government that a “low-level person” at the Canadian Food and Inspection Agency had made the initial labeling decision without seeking authority from the federal government.