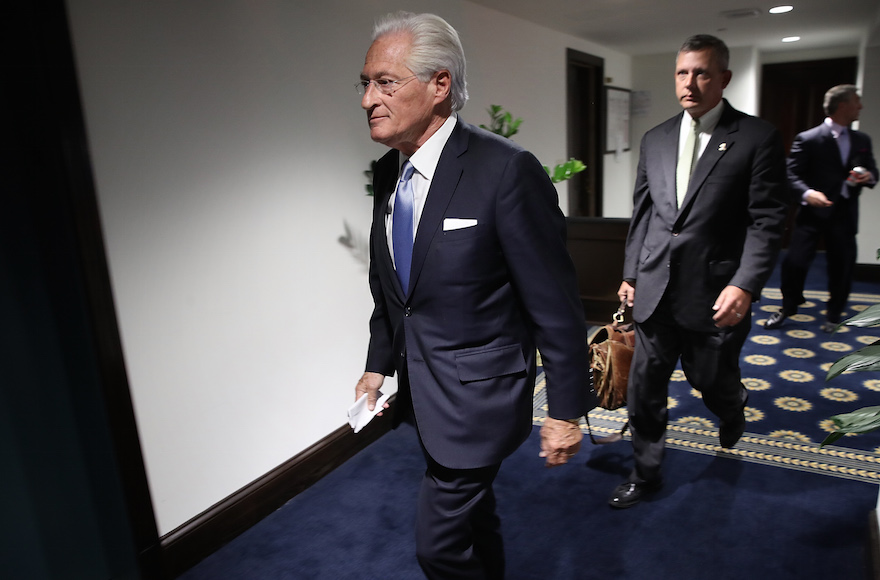 (JTA) — Establishing a connection with a fellow Jew usually doesn’t demand an apology.

But calling that fellow Jew a “bitch” and declaring threateningly and obscenely that “I know where you live” apparently does, especially if you are President Donald Trump’s personal lawyer.

Marc Kasowitz said Thursday that he would apologize for a series of threatening and profanity-laced emails he sent to a stranger who had suggested that he resign from the president’s defense team in the Russia investigation. Kasowitz said his response to the man was “inappropriate” and that he wished he could take back his words.

The email exchange between Kasowitz and the unidentified retired public relations executive was first reported by ProPublica in an article suggesting that the lawyer has struggled with a drinking problem and consequently may be unable to get a security clearance.

Kasowitz denied it. But after a reader emailed Kasowitz urging him to quit the Trump case, Kasowitz emailed back torrents of abuse (“F*** you”) and threats (“Watch your back, bitch” and “I already know where you live, I’m on you”). Kasowitz said Thursday night he will be in touch with his anonymous interlocutor to apologize.

The emails also included what may have been an appeal to ethnic solidarity.

“I’m Jewish,” Kasowitz wrote. “I presume you are too. Stop being afraid. Call me.”

ProPublica quoted “past and present employees” of Kasowitz’s law firm, all anonymously, saying Kasowitz has struggled with alcohol abuse and did a rehab stint in the winter of 2014-15. It also quoted other lawyers wondering how Kasowitz could handle sensitive material related to allegations of collusion between the Trump campaign and Russia without a security clearance.

A spokesman quoted Kasowitz as saying, “The person sending that email is entitled to his opinion, and I should not have responded in that inappropriate manner.” Kasowitz added, “This is one of those times where one wishes he could reverse the clock, but of course I can’t.”

His law firm, Kasowitz, Benson, Torres and Friedman, has represented Trump in various capacities for decades. One of its partners, David Friedman, is the U.S. ambassador to Israel, and former U.S. Sen. Joe Lieberman is on staff as a counsel.