Pence restates Trump pledge to move US Embassy to Jerusalem 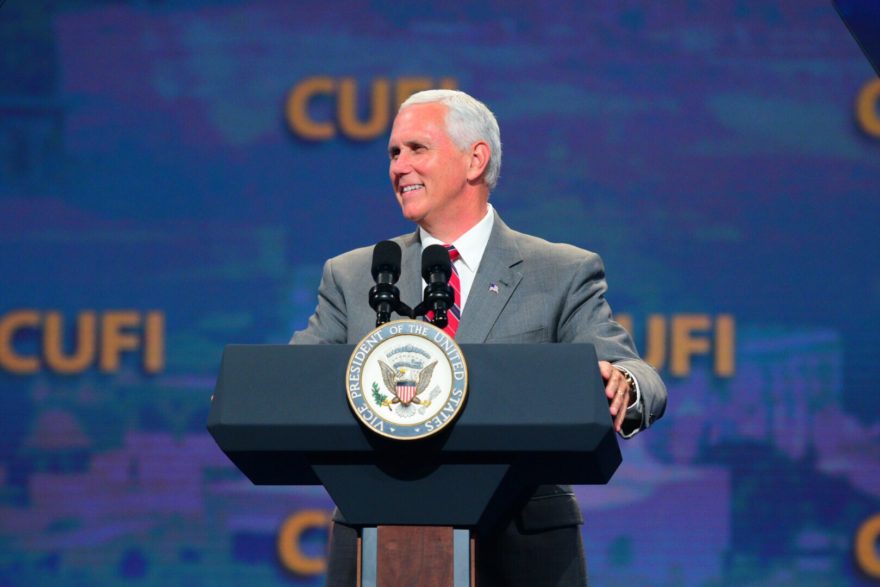 On Monday night, Pence made the vow to Christian supporters of Israel who have become increasingly restive at President Donald Trump’s failure to make good on his campaign promise.

“To the men and women of Christians United for Israel, this president hears you,” he said to cheers at the annual Christians United for Israel  conference in Washington, D.C. “This president stands with you. And I promise you that the day will come when President Donald Trump moves the American Embassy from Tel Aviv to Jerusalem. It is not a question of if, it is only when.”

Earlier Monday, a panel including Pastor John Hagee, who founded CUFI 12 years ago, expressed concerns that Trump was losing credibility by not making good on his campaign promise — though otherwise he was presented at the conference as preferable to his predecessor, Barack Obama.

“Moving to Jerusalem would prove that our president stands by his word,” Hagee said.

Trump in June renewed a waiver on a law passed in 1995 mandating the move, as all of his predecessors have done, and has backed away from the pledge.

Pence, who has long been close to the pro-Israel community, has said several times that Trump would fulfill the promise.