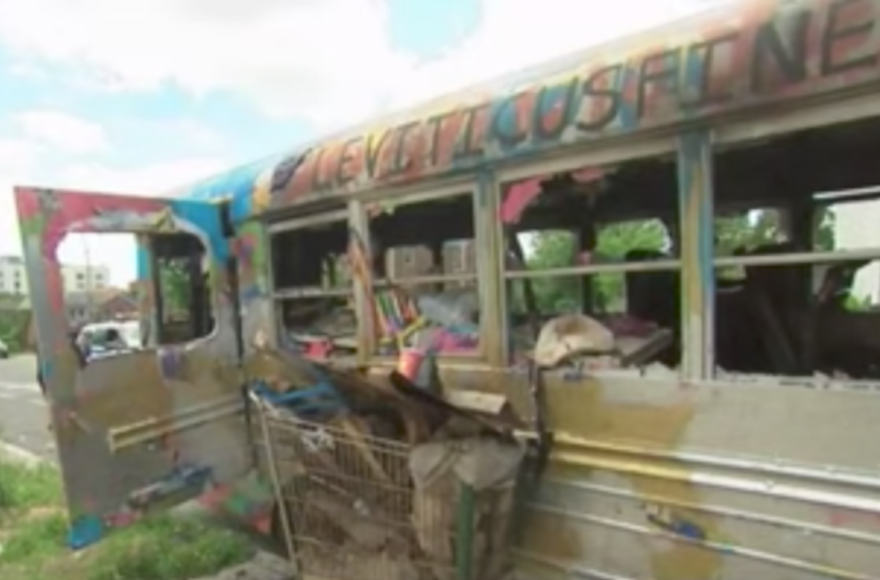 (JTA) — A 30-year-old Brooklyn man was arrested for allegedly setting fire to a bus decorated with Jewish symbols in the New York borough.

Jackson Joseph was charged with arson Monday after being identified in a surveillance video,  WABC-TV reported. Joseph, from the Brownsville section of Brooklyn, is accused of setting the so-called mitzvah bus alight when it was parked June 26 in the Crown Heights neighborhood.

He has not been charged with a hate crime, even though the bus was covered with Jewish symbols.

Brooklyn artist Lev “Leviticus” Schieber uses his bus as a studio and gallery for his paintings in Crown Heights, as well as at festivals and parades. It was seen in the music video “I’m a Jew and I’m Proud” by singer Benny Friedman.

Last summer, the tires on the bus were slashed.

Schieber said he plans to buy a new minibus, though he has not decided how he will paint it, according to the Vos Iz Neiz website.