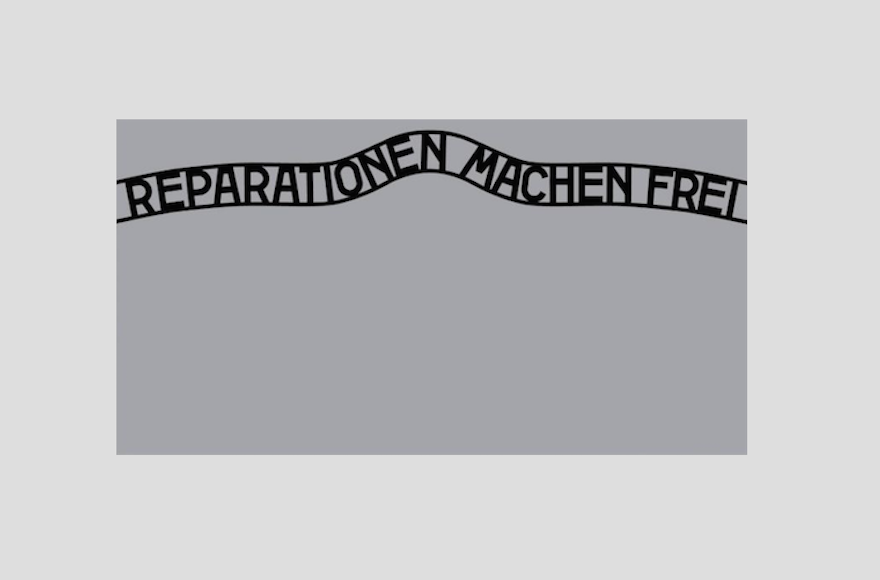 WARSAW (JTA) — The museum at Auschwitz criticized a right-wing television station in Warswa that adapted the infamous “Arbeit macht frei” sign above the gates of the Nazi death camp into an illustration for a story about German reparations.

The illustration for the story on Republika TV about the call by some Polish lawmakers for Germany to compensate Poland for its losses in World War II changed the words of the Auschwitz sign from “Work sets you free” to “Reparations set you free.”

“The primitive manipulation of painful symbols shows the moral level and understanding of history by its authors,” the Auschwitz-Birkenau Memorial and Museum said Monday on its Twitter account.

Krystyna Pawlowicz, a member of parliament representing the Law and Justice Party, wrote last week on Facebook that perhaps President Donald Trump would support Poland’s claim for compensation from Germany. She also suggested that the government should ask for help of “the best American Jewish law firms” who fought for “compensation from Germany for the holocaust [sic].”