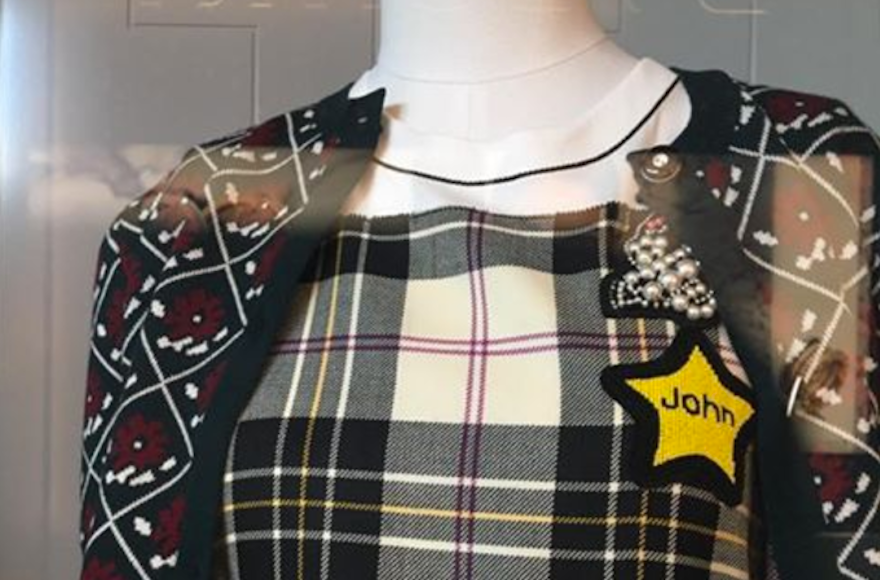 (JTA) –The Italian fashion house Miu Miu, a subsidiary of Prada, removed a clothing line that featured a yellow star reminiscent of what Jews were forced to wear by the Nazis during the Holocaust.

Miu Miu said it would remove the items immediately after being contacted Monday evening by the World Jewish Congress, the WJC said in a statement.

In a message to WJC, Preia Narendra, senior vice president of marketing and communications at Miu Miu, said: “Thank you for bringing this to our attention. It was not Miu Miu’s intent in any way to make any political or religious statement, and we apologize for any offense that may have been taken. Kindly note that effective immediately these items will be removed from the collection.”

The line included dresses, shirts and skirts in a back-to school motif with a name tag patch featuring the company’s logo and a five-point yellow star patch with a name embroidered in it.

A dress with the name patch was being sold online for $2,170.

“The World Jewish Congress commends Miu Miu and its parent company Prada on its swift attention and action to the concerns we raised regarding the use of the yellow star on its clothing items,” Robert Singer, the World Jewish Congress CEO, said in a statement. “At this critical time, when anti-Semitism and bigotry are rearing their heads in the public sphere, we must continue to exercise caution and show sensitivity in every sphere and sector.”

The Jerusalem Post reported that a jacket and skirt featuring the yellow star patches were still featured on the Miu Miu website as of Tuesday evening.

Other items in the collection included a red or purple star patch, or a patch shaped like a rectangle.

Three years ago, the international clothing chain Zara apologized for selling a blue-and-white-striped shirt with a six-pointed yellow star on the chest. The shirt, for toddler boys, was identified as a “striped sheriff t-shirt.”