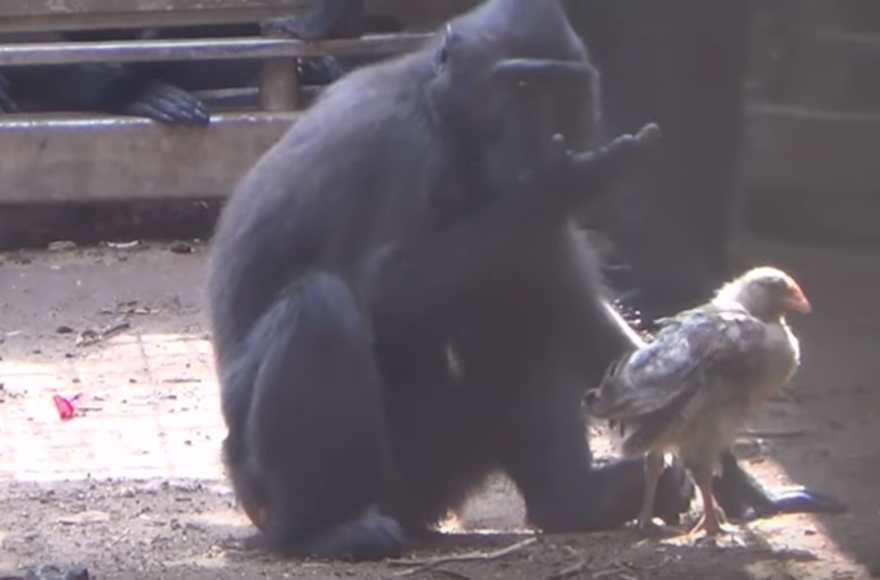 (JTA) — Friendly and peaceful coexistence is a recurring theme in Israel — even at the zoo.

Over the past week, an Indonesian black macaque named Niv has become a close friend of a chicken at the Ramat Gan Safari Park near Tel Aviv, Agence France-Presse reported.

Niv has had trouble finding a mate, a zoo spokesman told the French news agency, so that is likely why she has taken the bird under her, um, wing. The Asian monkey has been hanging out with the chicken on a regular basis — holding it, caressing it and sleeping next to it at night.

Niv had tried to “adopt” a different chicken a few months ago, but the bird wasn’t interested. The new adoptee could easily slip out of Niv’s cage, AFP points out, but chooses to stay.

These interspecies relationships typically form with some help from human caretakers who introduce the animals to each other. But it isn’t clear where Niv’s chicken came from.

What is clear is that these two buddies are inseparable and irresistibly cute. Watch the video above to see footage of their friendship.