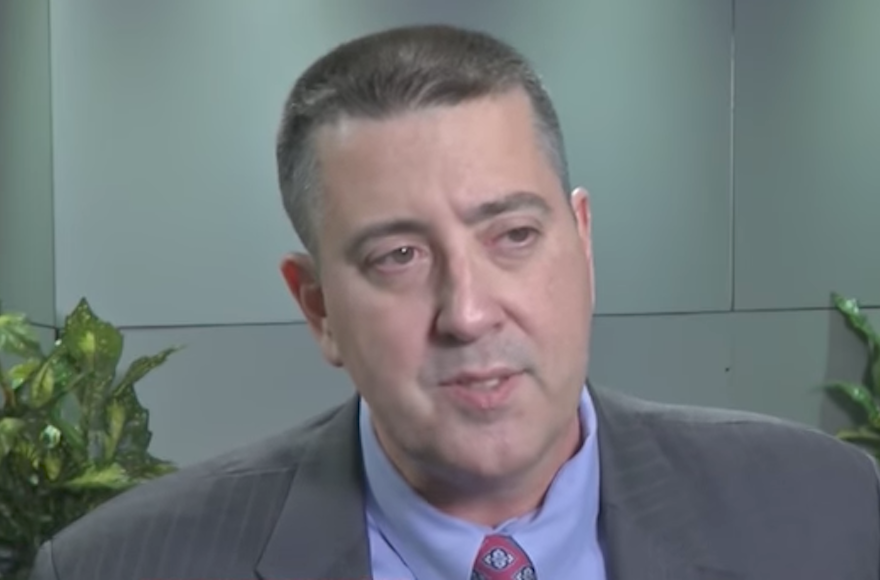 William Bradford, who is Jewish and was appointed by President Donald Trump to lead the Office of Indian Energy, resigned from his position Thursday following the resurfacing of remarks he made on Twitter before his nomination. In them, Bradford called Obama a “Kenyan creampuff” in his dealings over Iran’s nuclear program.

Before he joined the administration, Bradford had referred in a tweet to Zuckerberg as a “little arrogant self-hating Jew.”

“Bradford tendered his resignation this afternoon and is no longer with the Department of Energy,” Shaylyn Hynes, an Energy Department spokeswoman, wrote in an email, the Washington Post reported.

In February 2016, after Zuckerberg urged followers not to vote for Trump,  Bradford tweeted: “Who is this little arrogant self-hating Jew to tell anyone for whom to vote.” Bradford did not explain why he considered Zuckerberg, who is Jewish, self-hating.

In his December tweet about Obama, Bradford wrote, “I think Obama was given his mission in Tehran long ago, and it suits him just fine. How else can a Kenyan creampuff get ahead?”

Scrutiny of Obama’s ancestry — his father was born in Kenya — was a centerpiece of the “birther” movement, which claimed without evidence that the biracial Obama was born outside the United States.

On the anniversary in 2016 of the opening of internment camps to detain Japanese-Americans during World War II, Bradford tweeted: “It was necessary.”

Earlier this week, CNN reported on an online account that appeared to belong to Bradford that called Obama “the son of a fourth-rate p&*n actress.” In response, Bradford claimed that he had been the victim of “hacking, and impostors in social media.”

In June, after the Washington Post reported on his tweets, five Democratic senators asked Energy Secretary Rick Perry to fire Bradford. This month, one of those senators, Ron Wyden, D-Ore., asked the Energy and Justice departments to investigate Bradford’s hacking claims.

“Mr. Bradford was clearly unfit to serve in the federal government,” Wyden, who is Jewish, said following Bradford’s departure. “From misrepresenting his military record to his loathsome public comments about women, Muslims, Jews and Japanese-Americans, to his total lack of experience on energy issues, he was an unacceptable choice from the start.”

In June, when The Washington Post reported on the now deleted tweets, Bradford apologized for the messages.

“As a minority and member of the Jewish faith, I sincerely apologize for my disrespectful and offensive comments,” he wrote in an email. “These comments are inexcusable and I do not stand by them. Now, as a public servant, I hold myself to a higher standard, and I will work every day to better the lives of all Americans.”

In 2005, after Bradford resigned from the law faculty at Indiana University, reports said he had exaggerated his service in the Army Reserve from 1995 to 2001, and did not see active duty, as he had claimed.

Bradford did not respond to an email with request for comment on his resignation, the Washington Post article said.

In 2015, Bradford resigned from another job with the federal government — as an assistant law professor at West Point — after it was discovered he wrote an academic paper in which he called for legal scholars “sympathetic to Islamist aims” to be imprisoned or “attacked.”

The Office of Indian Energy Policy assists Native Americans with energy development. In his biographical statement on the Energy Department’s web page (since taken down), Bradford is identified as a member of the Chiricahua Apache nation.