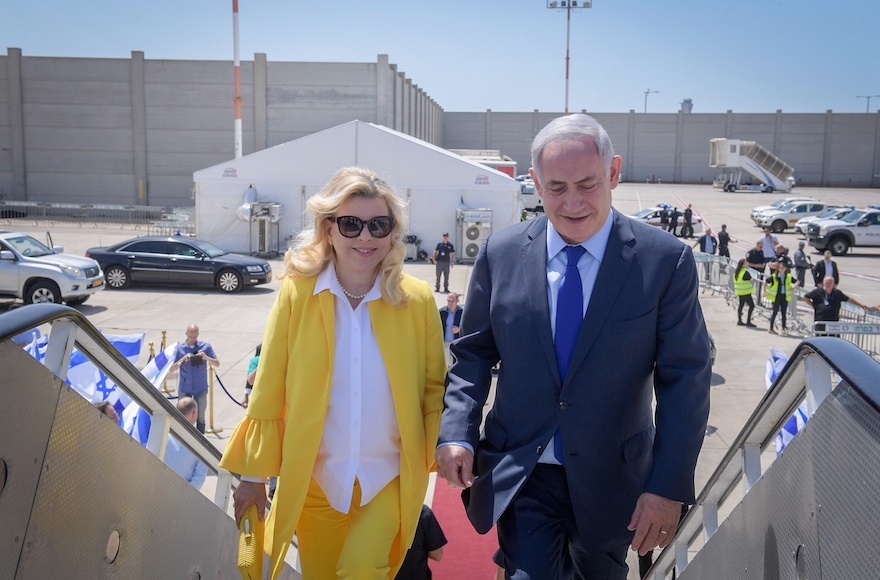 JERUSALEM (JTA) — Sara Netanyahu, the wife of Israel’s prime minister, took a private polygraph test ahead of her expected indictment.

The results of the test were released Saturday, a day after Israel’s Channel 2 reported that Netanyahu would be indicted in the next 10 days on charges of misusing public funds. According to the testing company, Netanyahu was found to be telling the truth.

A year ago, a police investigation recommended indicting her on fraud and breach of trust charges after allegations were raised that she used public funds to buy food, pay special chefs, host private events and furnish her private residence.

The polygraph dealt with allegations by Meni Naftali, a former caretaker at the prime minister’s official residence in Jerusalem. Naftali has claimed that Netanyahu ordered him to inflate the number of guests at dinners at the official residence, record meals as state instead of private and order large quantities of food for the residence. He also said she ordered catering instead of using the staff cook.

Netanyahu has denied the claims as well as others leveled against her, including that she hired an electrician for work in the residence without issuing a tender.

The reliability of private lie detector tests is in question and they are not admissible in Israeli courts.