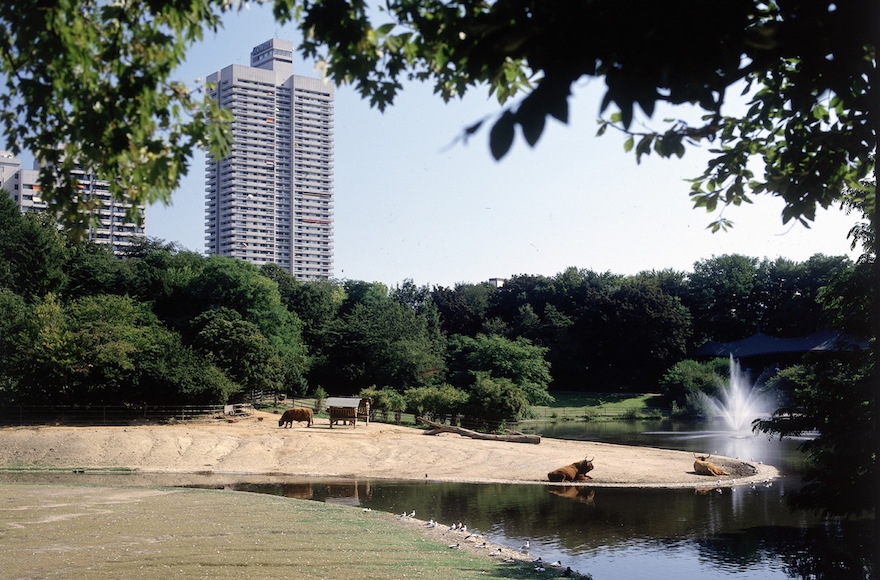 (JTA) — A New Jersey widow has pledged to donate at least $22 million to the zoo in Cologne, Germany, in memory of her Jewish husband, a Holocaust survivor.

Elizabeth Reichert, 93, was born in Cologne and met her husband, Arnulf, also a Cologne native, during World War II while he was hiding from the Nazis and she was working with the German underground resistance.

The couple married a year after the war ended and then lived for five years in Israel before leaving for New Jersey, where they ran a pet shop. The two never had children, the English-language website of the German newspaper Deutche Welle reported Friday.

Prior to Arnulf Reichert’s death in 1998, the couple decided to leave their fortune to the zoo.

“It meant a lot to my husband,” Reichert told ABC News. “That was his wish — that whatever we have when we pass away should be donated to the zoo of Cologne. Cologne is our hometown.”

“We have no children. Our children are the zoo.”

In 1954, the couple gave the zoo a soft-shelled turtle they brought from the Jordan River on a nine-day journey by boat.

In recent months, Reichert reportedly set up a foundation to which she donated $22 million that will invest the money and pay out a regular income to the zoo in perpetuity.

The zoo’s chief financial officer reportedly thought he was being scammed when Reichert’s lawyer first contacted him. Now the zoo is planning to enlarge and improve the animal enclosures and also make the surroundings more pleasant for its guests.

The zoo said it is planning to name its South American section after Arnulf Reichert.