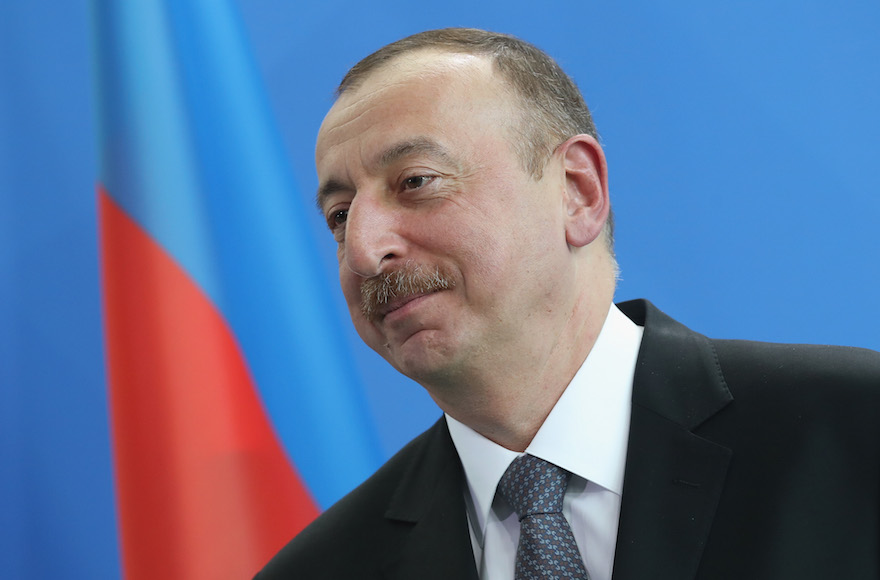 JERUSALEM (JTA) — The president of Azerbaijan has pardoned an Israeli blogger who was sentenced to three years in prison in Azerbaijan for illegally entering the disputed Nagorno-Karabakh region.

Azerbaijani President Ilham Aliyev signed the pardon on Monday for Alexander Lapshin and it went into effect immediately, Haaretz reported.

In July, Lapshin, 40, who also holds Russian and Ukrainian citizenship, appealed to Israel to extradite him from Azerbaijan, so that he could return to his family, including a young child.

Lapshin, of Haifa, writes a Russian-language travel blog called Life Adventures that chronicles his trips to 122 countries, as well as his life in Israel.

He traveled twice to Nagorno-Karabakh, which is disputed territory with Armenia, and told a court in Azerbaijan earlier this month that he did not know there was an Azeri law against visiting there. He also insulted Aliyev in his blog, which he told the court he regretted.

He was detained in Belarus last year and extradited to Azerbaijan in February.