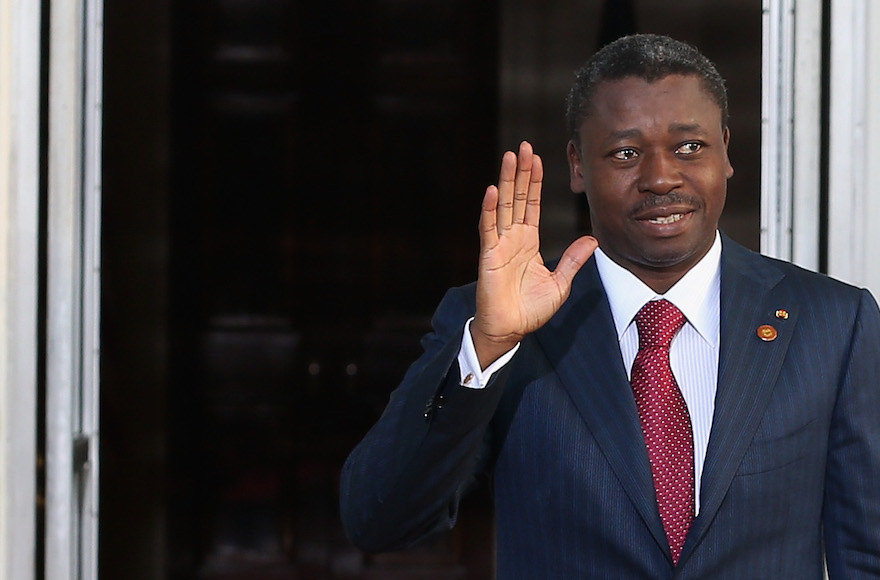 JERUSALEM (JTA) — The landmark Africa-Israel summit has been postponed at the request of the president of Togo amid growing unrest in his country and calls for his resignation.

Some 54 African countries had been invited to meet with Israel at the Oct. 23-27 summit in Lome, the capital of Togo.

President Faure Essozimna Gnassingbe emphasized that “elaborate preparations are needed” in order to guarantee the success of the event, Israel’s Ministry of Foreign Affairs said in a statement Monday announcing the postponement. The summit will be moved “to a mutually agreed upon date,” the statement said. ​​​

The Palestinian Authority and some African countries, notably Morocco and South Africa, had tried to quash the summit.

Gnassingbe, who has been in power for 12 years, is facing increased protests over his dictatorial rule. He was installed by the military following the death of his father, who led the country for 38 years — the longest occupation of any dictator in Africa. The younger Gnassingbe called for elections and won two months later.

According to the statement, Israel will hold consultations in Africa “in the near future” on the bilateral level and in regional gatherings, as well as forums on the continent “in order to guarantee the full success of the summit.”

In the summer of 2016, Israeli Prime Minister Benjamin Netanyahu visited Rwanda, Kenya, Uganda and Ethiopia. He also participated as a guest of honor in the Economic Community of West African States Summit in Liberia.

“Israel believes that the African countries and Israel can only benefit from the continuation of practical cooperation between the two sides, and this in important areas such as water, agriculture, health and technology,” the statement said.