Rasmea Odeh, Palestinian immigrant who lied about her terror conviction in Israel, deported to Jordan 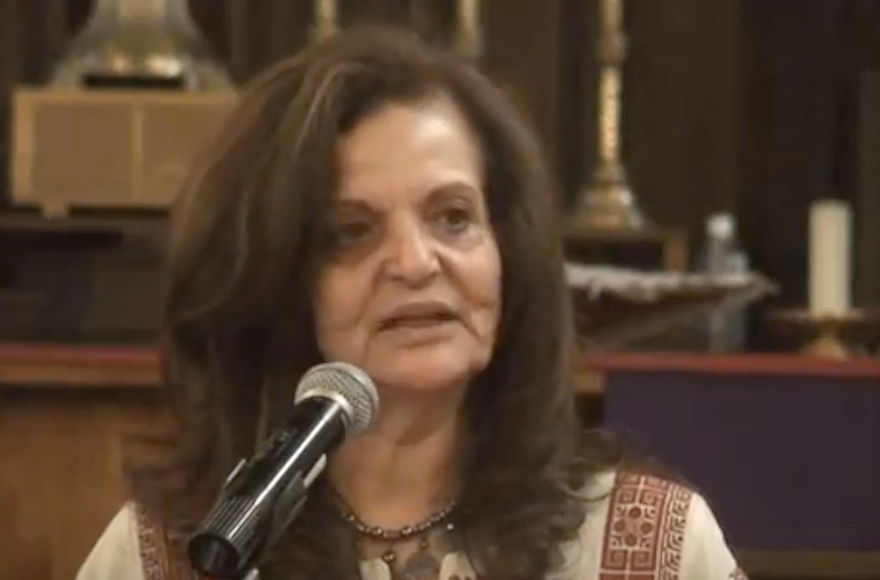 (JTA) – A Palestinian woman who lied about her involvement in terrorist attacks in Israel to obtain U.S. citizenship boarded a plane to Jordan, her home country.

The deportation of Rasmea Odeh, 70, was ordered last month by a U.S. federal court in Detroit after a four-year legal battle.

Dozens of Odeh’s supporters gathered at O’Hare Airport in Chicago on Tuesday evening waving signs bearing her picture and words of support, the Chicago Sun-Times reported. The supporters, including family and friends, held a two-hour rally outside the airport surrounded by police and federal marshals but were not permitted to enter the airport with Odeh.

Odeh, a Chicago-area resident who served as  associate director at the Arab American Action Network, reportedly cried as she entered the airport.

“Up until this very moment, I didn’t believe they will throw me out of the place I’ve spent over 23 years, separate me from the people whom I love and they love me,” she told the Sun-Times. “How can I express how I am feeling? I don’t want to understand that this is my last day in the U.S. I don’t want to believe that.”

Odeh told the newspaper that she does not have family left in her home country of Jordan, and that it was not her choice of destination. She is barred for life from re-entering the Unites States.

Odeh spent 10 years in an Israeli prison for her role in a 1969 bombing attack at a Jerusalem supermarket that killed two Hebrew University students, Leon Kanner and Eddie Joffe.

Israel jailed Odeh for life, but she was released in a prisoner exchange with the Popular Front for the Liberation of Palestine in 1980 and immigrated to the United States from Jordan. She has said her confession to the bombing was the result of severe torture by Israeli security forces.

Odeh obtained her U.S. immigrant visa in 1994 and her citizenship in 2004. In both applications, she failed to disclose her arrest and convictions in the bombings. She pleaded guilty to falsifying her immigration applications.

According to a plea agreement Odeh signed, she admitted that she lied about her criminal history.