This Uruguayan pastor made a vow in Israel. One year later he kept it. 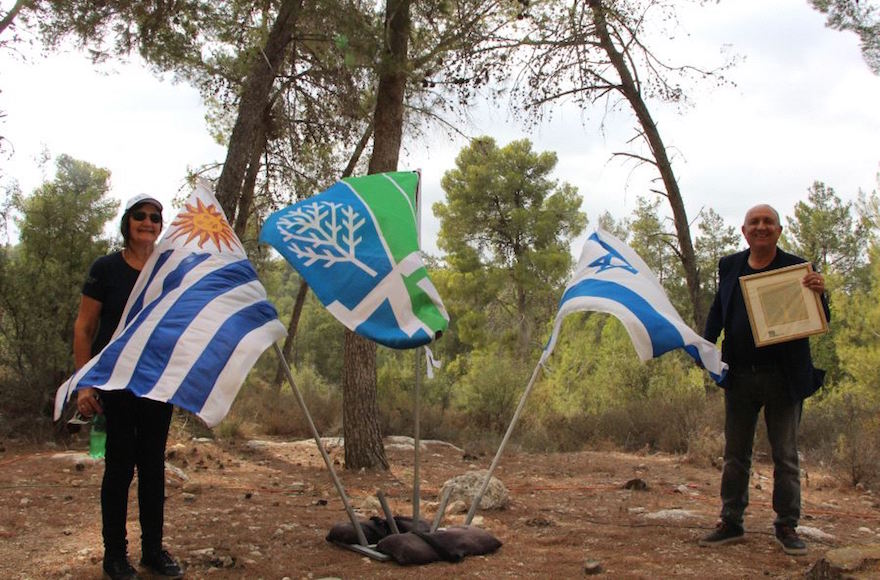 RIO DE JANEIRO (JTA) — An evangelical Christian pastor from Uruguay fulfilled his promise to plant 1,000 trees in the Jewish state.

One year ago, after planting a tree with the Keren Kayemet Leisrael organization while on a visit to Israel with a group of Latin American pastors, Jorge Marquez vowed to raise the money to plant 1,000 trees. (According to the KKL-Jewish National Fund website, each tree costs $18). He returned on Sept. 14, the Latin American news AJN website reported Tuesday.

He and nearly two dozen members of his congregation Marquez planted the trees at the KKL planting center in Tzorah after they recited a Planters’ Prayer together. The Argentine-born clergyman moved to Uruguay in 1991, where he founded the Life Mission to the Nations church.

“What an honor it is to plant a tree here, in God’s chosen land,” said Sonia Tomeo, a member of the group, as she planted her tree. “To be able to plant a tree here is a privilege. I hope God will allow me to return here. God prophesied that he would make the desert bloom.”

“May you realize many blessings here, and may you always be in the position of being able to give to others,” she said.

Márquez promised to plant another 1,000 trees in Israel next year.

In March, Uruguayan Jews paid tribute to the memory of David Fremd, a 55-year-old businessman who was stabbed to death by a Muslim convert one year before in the small town of Paysandu. The killer reportedly yelled “God is great” in Arabic and later declared that he “followed Allah’s order.”