Brandeis neuroscientist, the son of a cantor, wins Nobel Prize for Medicine 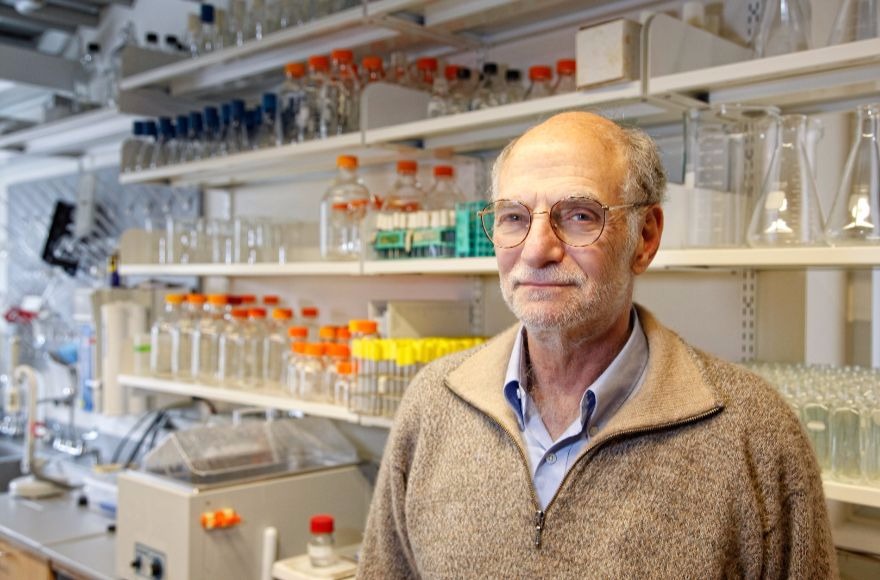 (JTA) — Michael Rosbash of Brandeis University, whose parents fled Nazi Germany and the son of a cantor, was one of three American scientists to win the Nobel Prize for Medicine.

The prize awarded to Rosbash, 74, and the others announced Monday was for their discoveries about molecular mechanisms controlling the body’s daily rhythm. Jeffrey Hall of the University of Maine and Michael Young of Rockefeller University in New York joined Rosbash in receiving the prize.

They used fruit flies to isolate a gene that controls the rhythm of a living organism’s daily life. The biological inner clocks regulate functions such as sleep, behavior, hormone levels and body temperature.

Rosbash, 74, came to Brandeis in 1974 and is the Peter Gruber Endowed Chair in Neuroscience and professor of biology at the Jewish-founded nonsectarian school.

“This morning’s unexpected announcement certainly affected my circadian rhythms,” Rosbach said in a statement from Brandeis. “I am thrilled to join Jeffrey and Michael in this recognition. I am grateful to my colleagues at Brandeis and to the unusual environment here that allows researchers to explore without boundaries while also engaging students in the process of discovery. This is a very special — perhaps unique — university,”

His parents were immigrants who fled Germany in 1938. His father was a cantor at Temple Ohabei Shalom, a Reform synagogue in Brookline, Massachusetts, not far from the Brandeis campus.

Rosbash and Hall started at Brandeis together in 1974; Hall is a professor emeritus there.